With a new season comes old traditions. In China, the winter solstice is celebrated with the Dongzhi Festival, a time to gather with family before the biggest holiday of the year, the Lunar New Year. Although the solstice celebration is only one day, the Dongzhi Festival lasts 15 days, embracing the gradual lengthening of daylight and increase in warm yang energy. See how people celebrate the festival with different foods and traditions all around China.

In southern China, it’s traditional to eat glutinous rice balls, which represent reunion and prosperity. Usually filled with sweet bean paste or meat and herbs, these tasty treats are served in a sweet soup or broth. The Taiwanese also offer tangyuan to their ancestors, and are reused as protective talismans by sticking them to doors, windows or chairs to keep evil spirits away from children.

To keep warm from the snow and blizzards in Northern China, people eat juicy dumplings, also known as jiaozi. Said to make up for the lack of yang energy, the dumplings contain herbs like ginger and garlic. Eating a lot of dumplings also helps keep up body temperature and energy during the bleak winter months.

Some people pay respects to their ancestors by making offerings of favorite foods at their tombs. After cleaning the tombs, the family gathers to enjoy a big dinner. In Taiwan, it’s common to offer colorful nine-layer cake, made of sweet, glutinous rice, to ancestors. These cakes are usually molded in the shape of auspicious animals such as chicken, horses and ducks.

The weather the day of Dongzhi serves as prediction of the weather for Lunar New Year. If it snows on Dongzhi, the sky will be clear and sunny on the New Year, and vice versa. Sounds a little more reliable than a groundhog seeing his shadow.

In Hunan and Hebei provinces, located along the Yangtze River Delta, people eat red bean sticky rice. It is said that during one winter solstice, a man died from an evil spirit, but the spirit was terrified of red beans. To this day, people make red bean sticky rice to ward it away. 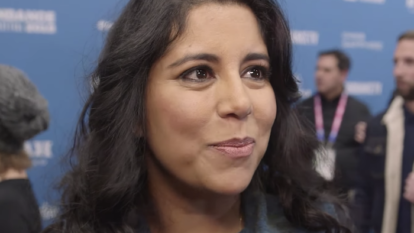 Fans of “Late Night” have another movie coming down the pipeline from director Nisha Ganatra. Universal recently announced that Ganatra is set to direct a new original feature film, […]