For decades, fans have been enamored by the fantasy world of J.R.R. Tolkien’s “The Lord of the Rings” and George R.R. Martin’s “Games of Thrones,” which are largely meant to resemble Medieval Europe. But why should it get all the fantasy fun when an Asia-inspired fantasy world can be just as thrilling and intense?

Check out these Young Adult fantasy novels with Asia-inspired worlds:


“Flame in the Mist” by Renee Adieh

Renee Adieh’s “Flame in the Mist”

Fans of “Mulan” will be delighted by this gripping YA fantasy and romance about a samurai’s daughter who disguises herself as a boy to avenge her family’s violent death. When she infiltrates the enemy’s circle, however, she finds that getting revenge is trickier than she thought, especially when she finds herself falling in love.


“Forest of a Thousand Lanterns” by Julie C. Dao

Dao’s fantasy novel is the story of 18-year-old Xifeng, who longs to fulfill her destiny and become a majestic, beautiful queen, but doing so means that she’ll have to embrace the darkness that resides deep within her.

Cursed with a destructive fate, Maya contents herself with academic pursuits until the day her father, the Raja, arranges for her to marry the prince of a neighboring kingdom. As queen of Akaran, Maya learns to trust her own voice and her own power and even finds herself falling for her husband. But as ancient secrets pop up and creep into the lives of her loved ones, it’s up to Maya to save the kingdom and herself.

Something is after Ai Ling, the unwanted girl who is journeying to the palace in search of her father. Although she can’t understand what that something is, she’s certain that it some kind of evil force, and in order to make it to the palace to reunite with her loved ones, she’ll have to fight back. She picks up some help along the way in the former of the wandering stranger, Chen Yong. 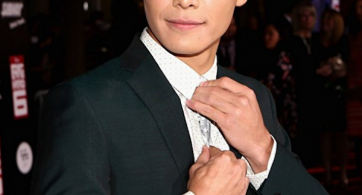 According to TVLine, Ryan Potter has been cast as Beast Boy in DC Comics’ upcoming 2018 drama series “Titans.” DC Comics’ “Titans” will follow the lives of up-and-coming heroes […]