For the longest time, K-dramas have almost always been about romance, usually following a young and innocent girl who falls for a rich, spoiled guy and changes his ways. Some typical examples that fans might remember too well are the classics “Boys Over Flowers” (2009) and “What’s Wrong With Secretary Kim” (2018). But recently, Korean filmmakers and showrunners have focused on developing more sophisticated characters, with an increasing number of strong female leads at the center of the genre. Check out “Character Media”’s recommendations of Korean TV shows that feature trailblazing female characters to prepare for your next binge watch.

“Itaewon Class” came as an awakening for many K-dramas fans earlier this year, partly because of its unique characters. Jo Yi-seo (Kim Da-mi) is titled “a sociopath” in the show due to her perceived heartlessness and straight-forward nature, but she’s actually a smart, ambitious and driven young woman. She sees the potential of Park Sae Royi (Park Seo-jun), decides to help him run his own bar and steers him in the right direction of franchising his business. Yi-seo’s character is an embodiment of the phrase “If you can dream it, you can do it,” much like “Itaewon Class” itself. If you haven’t caught this new hit on Netflix, start now and get ready to fall in love with Yi-seo.

2. Crash Landing On You

“Crash Landing On You” was another overnight sensation that shocked the K-drama fandom in the beginning of 2020. The story is about Yoon Se-ri (Son Ye-jin), a successor to a fashion empire in South Korea. To celebrate taking over the business, Se-ri goes paragliding, but accidentally crash lands in… North Korea, directly onto Captain Ri Jeong-hyeok (Hyun Bin) of the North Korean Special Police Force. Chaos ensues and identities get exposed, so Se-ri has to find her own way to get back home. Throughout the show, Se-ri’s character displays a wide spectrum of emotions, from being a tough entrepreneur to a more vulnerable woman who is willing to make sacrifices for the man she loves.

Set in the rural neighborhood of Ongsan, “When Camellia Blooms” is a sweet tear-jerker of a story involving single mom Dong-baek (Gong Hyo-jin) and police officer Hwang Yong-sik (Kang Ha-neul). Throughout the series, viewers get to see Dong-baek overcome hurdle after hurdle. Despite her hardships, Dong-baek perseveres, starting anew by opening her own pub and making good money with it. She also courageously tackles one of the most serious criminals in the area and sets a good example for other women to follow suit. You may find yourself with watery eyes at how much Dong-baek might have to suffer, but you’ll also be amazed at how quickly she pulls through. The show has also won the Grand Prize for Television at the 56th Baeksang Arts Awards, so there is more than enough critical support for you to start binging.

The most recently premiered drama in the list, “It’s Okay to Not Be Okay” follows Ko Moon Yeong (Seo Ye Ji), a bestselling children’s book author with a personality disorder. From the start, Ko Moon Yeong dazzles viewers with her outspoken mindset, her fierce aura and her overall stunning sense of fashion. The series also puts into perspective how mental illness in general and trauma in particular can affect an artist’s creative process, which Ko Moon Yeong often gets a bad rap for. Tune in for Seo Ye Ji’s charismatic acting abilities, and stay for touching snippets of romance.

“Hyena” opens viewers’ eyes to the world of attorneys who represent the 1% of Korean society. In that world, there’s Jung Geum-ja (Kim Hye-soo), a shrewd lawyer who resorts to any possible tactics to defend her clients. Even though Geum-ja’s actions can sometimes be questionable and unethical, audiences will slowly realize her reasoning behind every decision. Geum-ja will captivate you with her sense of humor, confidence and strength. Kim Hye-soo’s mesmerizing chemistry with her co-star, Ju Ji-hoon, also makes this show an entertaining watch.

In “Vagabond,” Go Hae-ri (Bae Suzy) is a National Intelligence Service with considerable potential and ambition, but she hasn’t had a chance to join a field operation yet. Following a tragic plane crash that kills 211 civilians, Hae-ri stations in Morocco to monitor the case, where she encounters Cha Dal-geon (Lee Seung-gi), a stuntman who lost his nephew in the accident. With Hae-ri’s quick-witted thinking and Dal-geon’s perseverance, the two discover a dangerous chain of national corruption. The drama will surely put you on edge, get you to cheer for Hae-ri and Dal-geon’s teamwork and leave you wondering what will happen next in a likely season two. 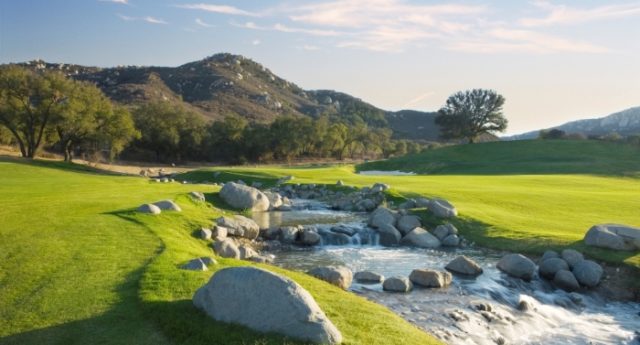 It’s official, Pechanga Resort & Casino is welcoming you back to their Journey golf course! The casino announced its reopening on June 1, which attracted a large crowd excited […]