Lost in midseason madness, or just looking for new shows to add to your rotation? Check out Asian Pacific American stars like Auli’i Cravalho, Justin Chon, Tiya Sircar and Naveen Andrews on these new shows set to premiere this month.

Momofuku’s David Chang, who proved he’s as good a TV host as he is a restaurant mogul in PBS’ “The Mind of a Chef,” returns for “Ugly Delicious” to explore food culture across the globe, from pockets of the U.S. to Japan, Italy, Denmark, Mexico, China, Vietnam and Canada. The series debuted last month and is now streaming on Netflix.

NBC’s already ordered 10 episodes of this teenage musical drama set inside a Pennsylvania high school. “Moana” voice actress Auli’i Cravalho, in her first on-camera role, stars as Lilette Suarez, a student who finds a home in the drama department, led by Josh Radnor (a.k.a. Ted Mosby) as he brings a production of the edgy musical “Spring Awakening” to the school. Premieres March 13.

ABC’s latest crime procedural follows a Las Vegas magician down on his luck as he begins solving odd cases for the FBI. Not much is yet known about Justin Chon as Jordan Kwon in the show, but the actor-director’s had a busy past couple years, most recently as the creator and director of the critically acclaimed “Gook.” Premieres March 11.

ABC’s new comedy shows a divorced couple’s rekindling with Jenna Fischer (Lena) and Oliver Hudson (Martin) — as well as Bobby Lee (Arthur) and Lindsay Price (Camille) as a married couple. If that sounds like an odd pairing, rest assured the characters themselves know it — Arthur and Camille, who are best friends to Lena and Oliver, navigate tricky waters when Arthur, “aware he married up, begins to question the stability of his own marriage when his friends’ falls apart,” according to the network. Premieres March 27.

The ABC series, directed by star Zach Braff, is based on the real-life story of Alex, the founder of the digital media company Gimlet Media. Tiya Sircar, who’s been seen in everything from “The Good Place” to “Master of None,” plays “Rooni” Schuman, Alex’s public defender wife. Premieres March 28. 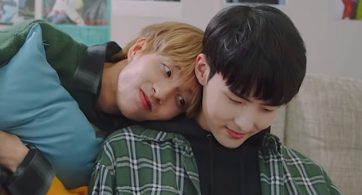 Neverland — a place of magic and wonder, invented by Scottish writer and playwright J.M. Barrie and later launched into American cultural relevance with Disney’s re-imagining of “Peter Pan” […]