In a culture that’s been relatively dominated by a heterosexual male narrative, Hip Hop has been a hard place for women–let alone Asian American women–to truly dominate. As raptivist Aisha Fukushima once described to me, booty, bullets, and bling have countlessly been glorified by male rappers. I mean, take Big Sean’s “Dance (a$$)” for example. It’s blatantly written in the title.

But don’t give up on hip hop just yet! We have a list of strong Asian female emcees who are still under the radar but counter that male-driven narrative. Of course, they also prove women can keep it one-hundred.

This thought-provoking, powerful spitter and Bay Area-native started out as an accomplished journalist before dedicating herself to her musical craft.

Hailing from Saigon, Vietnam, Suboi stands as the country’s number one female emcee and Queen of Hip Hop. Not to mention, she became the first Vietnamese artist to perform at SXSW.

Don’t be fooled by the comedic moniker! Akwafina’s tongue-and-cheek lines have been embraced by countless other women and celebrated as something good for feminism since her song, “My Vag,” went viral.

This emcee is a lecturer for an international college during the week, a rapper by weekend, and a full-time mother. With a full plate like that, Yacko still manages to be recognized as one of Indonesia’s most respected emcees.

This Taiwanese American emcee made the move from New York to Taiwan where she garnered a government grant to produce an album; however, all production was halted after an almost-fatal accident. After 2 years of healing and an album later, Miss Ko became the first female rapper to have a No. 1 album in Taiwan.

She may be fun-sized, but her raps will knock you out! Also a Bay Area local, Ibarra has started gathering national attention and is known for melding together English and Tagalog into her flows.

Yurika isn’t a stranger to the rap scene in Tokyo, she’s the emcee who’s spearheading the next generation of rappers in Japan. With her cuteness and juxtaposing hard flows, she caught the attention of the Dream Boy label and became their most recent signee. 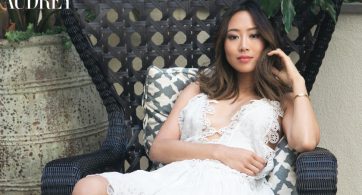