Gung hay fat choy! The Lunar New Year, which officially begins Feb. 16, will trigger festivals and parades across the U.S. as millions welcome the Year of the Dog. The holiday is observed by much of Asia.

Wondering where you can join in on the celebration?

The city, home to one of the nation’s largest Chinese and Chinese American populations, puts on the oldest and biggest Chinese New Year event outside Asia, with an annual parade through Chinatown. Started in the 1860s, the event now attracts more than two million spectators. This year, the Southwest Airlines Chinese New Year Parade is bringing its first-ever celebrity Grand Marshal in Michelle Yeoh, who will next appear in the upcoming film “Crazy Rich Asians.” Feb. 24.

Los Angeles’ first Chinatown was established in the 1880s near Union Station, and moved to its current location in New Chinatown in the 1930s. The Golden Dragon Parade, now in its 119th year, is the largest event of its kind in Southern California. According to the parade website, the parade includes floats, marching bands, entertainers, community leaders and cultural groups. Feb. 17.

The largest Chinese population outside of Asia resides in the New York metro area. The 19th Chinatown Lunar New Year Parade & Festival, the largest such annual event, is held in Manhattan’s Chinatown and filled with dancing lions and colorful confetti. Feb. 25.

Lion and dragon dancers will parade through Philadelphia’s Chinatown, night and day, to ring in the new year. Feb. 15 & 18.

What celebrations are underway for Lunar New Year in your city? 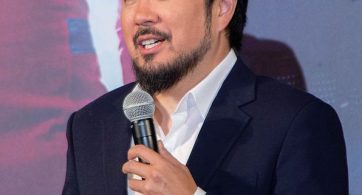 Justin Lin has taken on yet another project under his wings — the pilot for the upcoming CBS series “Magnum P.I.,” a reboot of the popular crime drama starring Tom […]