Justin Lin has taken on yet another project under his wings — the pilot for the upcoming CBS series “Magnum P.I.,” a reboot of the popular crime drama starring Tom Selleck that ran for eight seasons through the ’80s.

Three men and a woman will make up the central cast of the reboot, and still follow a former Navy SEAL and private investigator named Thomas Magnum as he works cases in Hawaii.

Lin, who’s best known for his work on the “Fast and Furious” franchise, recently directed the first episodes of the network’s “S.W.A.T.” and, in 2014, “Scorpion.” He will executive produce through his production company Perfect Storm Entertainment. Paul Lenkov, who brought reboots of both “Hawaii Five-0” and “MacGyver” back to television, is also involved.

“Magnum P.I.” is the latest in Lin’s growing stable of projects in development. Among them are the Cinemax period crime drama “Warrior,” inspired by the writings of Bruce Lee and slated for a late 2018/early 2019 release; a “Hot Wheels” film based on the car toy line by Mattel; a digital series reboot of the “Knight Rider” franchise; “Abacus,” a film based on the Oscar-nominated documentary of the same name that follows a Chinese American family that owns a small bank; a new Netflix drama, “The Stand Off”; and a sequel to the 1996 film “Space Jam,” for which LeBron James has also committed. Lin is also rumored to return for the next two installments in the “Fast & Furious” franchise, though the ninth movie in the series is not expected until 2020. 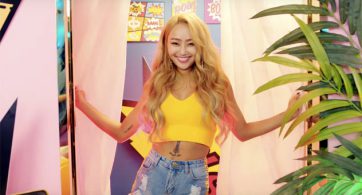 Music plays a huge part in the Olympics opening ceremony of any host country. South Korea will be bringing its A-game this year for the Pyeongchang games with these […]