These seven horror films from Hong Kong will have you second-guessing what you just saw.

Some people will do whatever it takes to stay young, but sometimes ointments and lotions won’t cut it. They might need something more special, something that works – something like eating dumplings made out of aborted fetuses. …OK, maybe not that.

Don’t worry, this has nothing to do with people being sewn together. It does, however, involve centipedes. Thousands of centipedes. And black magic, and dark wizards, and vomit. But mostly vomiting centipedes.

What happens when an ancient cat demon possesses your family? A CATastrophe, of epic PAWportions! A fun and light horror film PURRRfect for a relaxing Halloween night. (Sorry guys.)

More fetal horror movies, woohoo! A woman purchases a cursed vase and is impregnated by a released demon. She eventually gives birth to the baby devil, who promptly goes around killing and eating people. This kid gives Damian a run for his money.

This is probably a story best left untold, but we’ll still tell it. Boasting some of the most gruesome scenes in horror, this is a film not for the weak of heart…or the stomach. Just what is in those pork buns?

Seeing as we’ve had our own Ebola scare recently, here’s one that is really shocking. A man contracts the disease and is unaffected by it, so he does what any normal person would do: He goes around and spreads it on purpose.

What are you watching in preparation for Halloween? 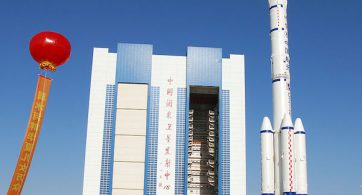