Chloe Kim has all the makings of an Olympic gold medalist. The teenage snowboarding sensation has been wowing fans and judges with her gravity-defying, heart-stopping jumps for years. Check out eight times Kim blew our minds on the snow:

1. When she made history with her perfect score at the 2016 U.S. Snowboarding Grand Prix and became the first woman to land back-to-back 1080 jumps in competition.

2. When she shredded the snow at the 2017 Dew Tour on the halfpipe.

3. She won a silver medal in the women’s superPipe at the Winter X Games in 2014.

5. She did it again at the X Games last month.

6. She won a gold medal at the 2016 Youth Olympic Games in Lillehammer too:

7. When she capped off her victory routine at the Burton U.S. Open with a solid McTwist last year.

8. At the 2018 U.S. Snowboarding Grand Prix, Kim landed another set of back-to-back 1080s and nabbed gold once again, becoming the first X Games athlete to win four gold medals before her 18th birthday: 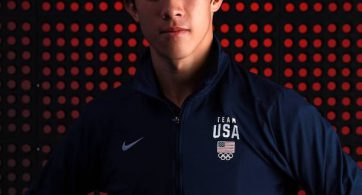