Just three months after releasing her hit track “Switchblade,” NIKI has done it again. The ultra-talented Indonesian singer song-writer has gifted fans with another brand new single to complement the fantastical vibe of her upcoming debut album, “Moonchild.”

On July 13, NIKI posted an intriguing monochromatic photo of her face on Twitter and Instagram with the caption, “Selene 7.16.” Since then, fans have been eager to discover what the “sassy” title is all about. On Twitter, a fan shared the significance of the name “Selene” in Greek mythology—turns out, it means “goddess of the moon.” The new single fits perfectly into the theme of NIKI’s upcoming debut album “Moonchild,” which is set to release in August.

According to women’s fashion and news publication W Magazine, NIKI’s mother was the one who pushed her to audition for the opening of Taylor Swift’s Asia leg of her Red Tour in 2014, which led to her first big break in the music industry. Sadly, while the artist was working on “Moonchild,” her mother became very ill and passed away in February of 2019. After this tragic event, the debut album became much more to her. “She is the soul of this,” NIKI told W Magazine in a recent interview.

Listen to “Selene” here, and stay tuned to catch her album next month. 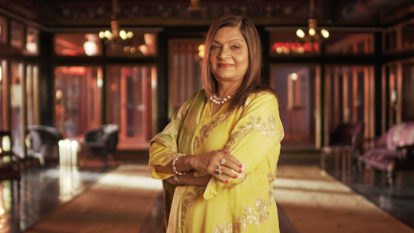 One might think that Netflix has seen its fair share of romantic reality shows over the past few years. To name a few, there’s “Love is Blind,” “Married at […]