Walk into almost any Chinese restaurant in America and the likelihood of General Tso’s Chicken being on the menu is high. We’re familiar with the dish, but many of us are in the dark about the actual origin of the name. Who is General Tso? Did he cook? Is General Tso’s chicken the same as orange chicken?

Enter new feature documentary The Search for General Tso. This documentary goes on a quest around the world to learn about the transition of this culinary hit into Chinese restaurants in America, along with some excellent shots of the making of the tantalizing dish. The film is directed by Ian Cheney and is a Sundance International Film selection for the year.

From the trailer, it is clear that most of America loves the dish and the majority of Chinese restaurants across the country serve it. In addition to uncovering the origins of this dish, “The Search for General Tso is as much about food as it is a tale of the American immigrant experience.”

Check out the trailer below. We suggest you have some take-out food ready to scarf down before you click play– It’s impossible not to be hungry while watching this!

Currently playing in big cities such as LA and New York, The Search for General Tso will open in more theaters in upcoming weeks. It can also be found on iTunes and Amazon. Current updates of the documentary can be found on the film’s website and Facebook.

Inspired to make your own General Tso’s Chicken? Check out this recipe from NBC News, as adapted by the crew of The Search for General Tso. 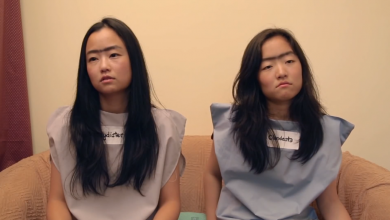