​In the center of the boxing ring, Lewis Tan composes himself with the grace of a dancer. Before he begins, there is a moment of stillness as Tan quietly exhales with his gloved hands poised in front of his face, chin tucked down. Then, he strikes a training sandbag with the power of not just four but eight limbs, in traditional muay thai style.

Tan ascended to heartthrob status with his role on AMC’s “Into the Badlands,” with his chiseled physique and well-executed fight scenes. He even made a brief but memorable appearance as Shatterstar in “Deadpool 2” (parachuting into an operation isn’t as easy as it seems, is it?). And on August 8, the British Chinese actor will hit Netflix, on “Wu Assassins,” as the flamboyant gangster, Lu Xin Lee.

Tan isn’t a newcomer to show business; he reps a solid Hollywood lineage. His mother is English fashion model Joanne Cassidy, and his father is martial artist, actor and stuntman Philip Tan, who has appeared in and executed stunts in iconic action films like “Pirates of the Carribean” and Tim Burton’s “Batman.” His family moved frequently, hopping around England, China, France and Thailand, following his father’s film jobs, until they finally settled in Southern California’s San Fernando Valley. Even though L.A. is known for its eclectic, melting pot of ethnicities, Tan found himself at a nearly all-white high school. To say the least, it was not the best of times. “I struggled with my identity in school,” Tan says. “I was made fun of. People would spray paint the school with Nazi signs, and they’d write my name on the wall. I’m a tall, half-Asian guy. I stand out. I got into a lot of fights in the first few weeks of school.”

Tan was even fighting outside of school—at the gym with his father. He says martial arts gave him an invaluable understanding of his body and also helped shape his identity as a man. In fact, fighting was integrated into his rearing. The only time Tan was ever knocked out was by his own father, all for teasing his younger brother. Tan alluded to the incident on his YouTube series “Fight Camp,” but never explained what happened—until now.

He chuckles wryly as he recalls the K.O. “I was sparring with my brother, who is about five years younger than me,” Tan says. “So, I did what older brothers do, and I hurt my younger brother. He went to my dad, and he was like, ‘Dad, Lewis hurt me.’ My dad came over and said, ‘You think you’re strong? I’m gonna show you that, whenever I feel like it, I can do the same to you.’ And then he just walked away. So, then about three days before my next fight, I completely forgot about the situation. Then all of a sudden we’re sparring and he said, ‘Now!’ And then I was on the floor! I woke up with him standing over me, saying, ‘Treat your brother with respect, and don’t do that again.’ And then he just walked off.”

The lessons from Tan’s father translate to his practice. He’s made martial arts an integral part of his everyday life. He’s trained in muay thai, jiu jitsu, judo and kung fu. He even recently picked up the Indonesian style of fighting, pencak silat, from his castmate Iko Uwais on “Wu Assassins.” Although he’s a trained and seasoned fighter, to Tan, the best on-screen fighters aren’t always trained martial artists— sometimes, they’re dancers. “This is the big misconception with people who do martial arts and people who fight in films,” says Tan. “Most dancers are actually better on-screen as fighters than most real fighters. The camera reads things differently. It reads lines, angles, lighting, emotions. You want to open your body for the camera. You want the angles to look powerful, not just feel powerful.”

For Tan, martial arts is a fine-honed extension of his acting chops. He’s adamant about doing his own stunts. He says if he weren’t doing them himself, he’d be cheating the audience out of a large part of his performance. “Whether I’m acting, or fighting, it’s the exact same thing to me,” Tan says. “There’s emotions in movement, whether its acting, dancing or martial arts. You can feel the emotion when I fight. It’s all the same. It’s all expression.” Tan pauses to wipe the sweat from his brow, and then strikes again with a powerful punch. 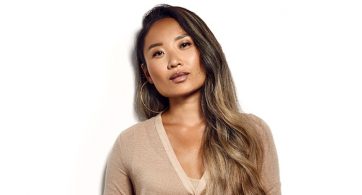 As the curtain cloaking the stage lifts and the sound of chopping helicopter blades breaks the silence of the theater, lights shine upon a horde of scantily clad Vietnamese […]