Actor Orion Lee sits in a white, minimalist room on the top floor of a swanky Los Angeles office tower. Against blue-sky views of West Hollywood, lit with soft lighting that puts just enough shine on the angles of Lee’s blue blazer, he places his glass of water on a table and says in a soft, gentle voice, “In film, a lot of it is in what you do not what you say.”

He’s applying that tenet to his latest role as King Lu, in A24’s recently released “First Cow,” but Lee has been in the game since way before visibility and diversity became hot topics in the AAPI community. “I’m from Australia originally and I applied to NIDA [the National Institute of Dramatic Art],” the actor says. “Back then, there was really nobody.” Lee has since racked up experiences playing roles in a wide spectrum of genres, from Deng Laoshi in the film “A Brilliant Young Mind” to playing Po in the Bruce Lee-inspired television series “Warrior.”

Born in Hong Kong, Lee has put down roots all around the world, from Malaysia to Australia, London, New York, San Francisco and Zurich. Lee says his globetrotting lifestyle has given him a portfolio of different cultural experiences to draw upon in his craft. “You become sensitive to that, and you do certain things in certain cultures and not in other cultures,” Lee says. His voice lilts with a barely perceptible accent that’s difficult to pin to any one country. “Then you start to get sensitivity to subcultures, like the sporty people, the geeky people, or the people who love comics, or foodies.”

Lee originally came from a STEM field, working in finance before he switched to acting. When in drama school, he was told by an instructor there would be hardly any work for him as an Asian actor in Australia, which meant he had to make his mark in a different country. “I needed to go either America or the UK, and I decided on the UK because I thought the food there was better,” Lee says with a laugh. That reality check Lee got from drama school turned out to be a blessing in disguise. “I’m grateful for the person who told me that, because I had opportunities in the UK I wouldn’t have had in Australia.”

For example, his role in “First Cow.” When Lee first started the audition process, his connection with his character was love at first sight. “In that first time, I just read [the script],” Lee says. “I just tried to get a sense of the story, I cried. The last line just hit me, I was very touched.” In a slow cinema film with minimal dialogue, the connection Lee forged with his role shows his strength in utilizing sensitivity when it comes to acting.

It’s also easy to see Lee’s sense of modesty in the multiple times he thanks his support system: the crew and his fellow castmates who helped encourage him during filming the movie. When asked about his favorite part of creating “First Cow,” Lee shows no hesitation in answering. “Being able to work with people who are so at the top of their game, and of course John Magaro as well,” Lee says. “Working with him was such a joy, because all these people are so good at what they do and that’s the best feeling.”

Lee may give off the impression of being a quiet guy who mostly keeps to himself, but he is very vocal about the difficulties he’s experienced working as an actor, particularly with typecast roles. “If I get typecast as a Chinese waiter and it’s just a Chinese waiter who comes in and just serves food, there’s no depth to it,” he says. It’s one of the reasons he was so drawn to King Lu. The enthusiasm in his voice is evident when discussing his “First Cow” character. “Yes, it’s a fact that he’s Chinese, but the story is not about that, the story is about two friends and the joy in being able to just play a human being,” Lee says.

Lu explores a world that isn’t disrupted by technology or overly showy visuals. In a way, he’s almost like Lee himself, as both men like to remind their audiences to enjoy the small, delicate details of life. 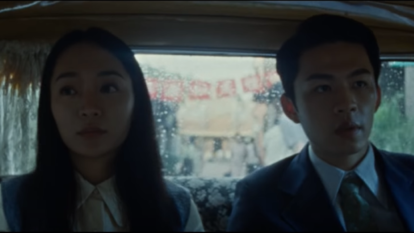 How far can one go to chase a goal?   The latest film from writer and director Alan Yang (“Master of None”), “Tigertail” explores the story of a Taiwanese factory […]