A Korean woman in Arizona, who was brought to the U.S. when she was under a year old, is facing deportation.

According to the Korea Daily/New American Media,  Seo (not her real name), 31, was convicted on theft charges twice, first in 2008, and then in 2009. The current law says that legal residents can be deported if convicted for crimes involving drugs, prostitution or other nefarious activities, or if sentenced to over a year in prison. The mother of three is currently in a federal detention center in Arizona.

According to Korea’s L.A. Consul General Jae-soo Kim, the Korean consulate has requested that the deportation be withdrawn, since it is “impossible for the woman to live a normal life in Korea given that she has no contact with relatives or friends there.”

Kim says that Seo was adopted before the laws were changed to grant adoptees citizenship 45 days after their arrival, and so she is only a green card holder and not a citizen.

According to officials from Immigration and Customs Enforcement (ICE), a large number of adoptees who were unaware of their non-citizen status have been deported in recent years. 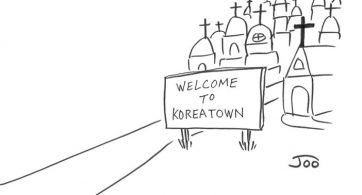