On Wednesday, CBS announced that Ian Anthony Dale, Meaghan Rath and Beulah Koale would be bumped up to main cast roles in the upcoming season of “Hawaii Five-0.” The CBS cop show has been earning a lot of buzz lately — and not exactly the positive kind — following the exit of its two Asian stars, Daniel Dae Kim and Grace Park.

Dale, who is half-Japanese, has portrayed recurring character Adam Noshimuri since the show’s second season. Rath, who is of half-South Asian descent, plays Tani Rey, a lifeguard who was expelled from the police academy, and Koale, who is of Samoan descent, plays Junior Reigns, a former Navy SEAL hoping to join Five-0. All three recurring characters are returning as regulars to fill in the Kim-and-Park-shaped hole.

Earlier this month, Kim and Park left the show after seven seasons. Kim has since spoken out and said his departure was over equal pay — the two’s salaries were 10 to 15 percent lower than that of their co-stars, Alex O’Loughlin and Scott Caan, sparking a discussion over salary parity in Hollywood. “As an Asian American actor, I know first-hand how difficult it is to find opportunities at all, let alone pay a well-developed, three-dimensional character like Chin Ho. I will miss him dearly,” Kim wrote. “The path to equality is rarely easy.”

Former “H5-0” star Masi Oka recently wrote to NPR, dropping a statement on Kim and Park’s departure from the show and supporting the actors’ decisions:

“I was as saddened as anyone to learn of Daniel and Grace leaving Hawaii Five-0 but I, probably more so than most, understand their reason for doing so. Sometimes you have to draw the line in the sand for something you believe in and something for which you stand. While pay equality was not my personal primary decision to leave … I support [Kim] and [Park] in their decision to stand up for what they believe is right.”

Eric Deggans of NPR furthered the discussion on Kim and Park’s departure by writing that, although it is heartening to see three new actors of color taking up the departed cast members’ mantle, this progressive move from CBS comes just “too little too late,” and that Kim and Park’s departure is just part of “Hawaii Five-0” and CBS’ “larger diversity problem.” The majority of the television shows on the network are led by white male actors, even when set in majority non-white places such as Hawaii.

Season eight is set to premiere on CBS on Sept. 29. 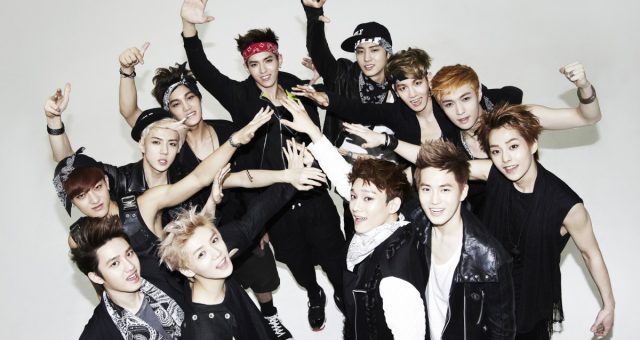 This was the week for K-pop comebacks! With new releases from EXO, Akdong Musician and more, July is shaping up to be a great month for K-pop. Check out […]