Daniel Dae Kim, along with Grace Park, has announced that he will be leaving “Hawaii Five-0” after seven seasons. According to Variety, CBS reportedly turned down Kim and Park’s request to be paid on par with their co-stars, Alex O’Loughlin and Scott Caan.

Kim and Park had been seeking wage parity from the network for a while, but were unable to reach a deal with CBS, and made the decision not to join the cast for the production of the show’s eighth season.

Kim expressed sadness over his departure in a Facebook post on July 4, writing: “As sad as it feels to say goodbye, what I feel most is gratitude. I am so deeply thankful to our crew, writers and everyone associated with the show – and especially the cast, who have been nothing but supportive through this entire process.”

“As an Asian American actor, I know first-hand how difficult it is to find opportunities at all, let alone play a well developed, three dimensional character like Chin Ho,” Kim wrote in his Facebook post. “I will miss him sincerely.”

Indeed, being an Asian American actor in Hollywood is a tough gig. USC’s Annenberg School of Communication and Journalism found in a study of the top 100 films of 2014 that only 5.3 percent of racially-coded characters were coded as Asian or Pacific Islander. A 2015 Hollywood Diversity report from UCLA showed that only 6.5 percent of lead roles in American television went to minority actors, and an even smaller amount went to Asian American actors. A survey by Variety showed that of the top TV earners of 2016, only two (Dwayne Johnson and Mindy Kaling) were of Asian or Pacific Islander descent.

In 89 years of Academy Awards for Best Actor or Actress, Asian actors have only been nominated 1 percent of the time. In the history of the Academy, only three Asian actors have won an Oscar in an acting category, and the last time that happened was when Cambodian actor Haing S. Ngor won Best Supporting Actor in 1984 for his work in “The Killing Fields.”

Kim, however, remains optimistic. “Though transitions can be difficult, I encourage us all to look beyond the disappointment of this moment to the bigger picture,” Kim wrote. “The path to equality is rarely easy. But I hope you can be excited for the future. I am.”

Actors of Asian descent and actors of color in general have been making big waves in Hollywood as of late. In 2015, Forbes’ list of highest paid actors was almost overwhelmingly white and male, but the 2016 list has Pacific Islander actor Dwayne Johnson and Chinese actor Jackie Chan leading the pack, with Indian actor Shah Rukh Khan bringing up the rear of the top ten. There’s still a long way to go, however. Despite Jackie Chan’s $61 million payday, the veteran actor is still mostly active in only the Chinese film market.

Kim signed off on his Facebook post by expressing his excitement for his future projects, which includes his company 3AD’s first TV show “The Good Doctor,” an American remake of a Korean drama for which Kim is the producer. 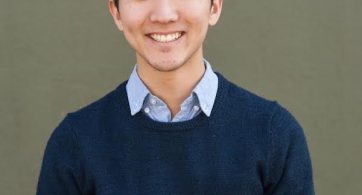