It’s been a long time coming, but actress Anna May Wong is finally getting the silver screen treatment she deserved.

The Hollywood Reporter announced today, March 24, that producer Nina Yang Bongiovi (“Fruitvale Station”), actress Gemma Chan (Marvel’s “Eternals”) and Working Title Films are teaming up to produce a biopic about the 1920s and ‘30s film star. Chan will also star as the Daughter of the Dragon herself. East West Players alum David Henry Hwang will pen the script, adapted from a biography written by Graham Russell Gao Hodges, and Wong’s niece, Anna, will serve as consultant on the film.

Often described as Hollywood’s first Chinese American movie star, Wong’s career was marked as much by success as by controversy. Despite limitations placed upon her as an Asian American woman in the then-fledgling entertainment industry, the actress consistently fought back against studio attempts to push her into stereotypical parts, even working abroad in Europe when roles failed to materialize in America. Later in her career she starred in “The Gallery of Madame Liu-Tsong,” noted as the first American TV show with an Asian American lead.

“Anna May Wong was a trailblazer, an icon and a woman ahead of her time,” Chan said in a press statement. “Her talent and her exploration of her art both in and outside of the U.S. was ground-breaking—and the challenges and prejudice she faced in the early 20th century as an actress speak directly to the conversations and the world we are navigating today.”

We might have to wait a while to see Chan’s portrayal on the big screen, but at least that gives us plenty of time to catch up on Wong’s extensive filmography. 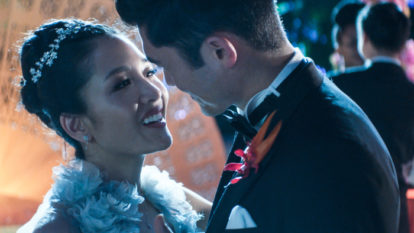 Newcomer Amy Wang will take over in lieu of Adele Lim and Peter Chiarelli’s departures from the project.