This event is sure to be one of the premier entertainment events of the year for the Asian American community. After all, this night not only consists of an awards ceremony, a gourmet three-course dinner and a hosted after-party for it’s 500 honored guests, it will also include highly-anticipated performances sure to leave any guest on the edge of their seat.

Check out this impressive lineup:

Yoon Mi Rae, also known as the ‘Queen of Korean Hip-Hop,’ is an American born hip-hop and R&B artist under the new label, Feel Ghood Music.  She was named one of ‘The 12 Best New Female Emcees Dominating Mics Everywhere’ by MTV Iggy and has been considered one of the most influential rappers in Korea.  Since her debut at an early age of 16 as a singer/rapper, Yoon Mi Rae has released chart-topping albums and singles receiving several awards including Mnet’s ‘Best Original Soundtrack’.  Last year, her OST single ‘Touch Love’ swept all of Korea’s music charts including Billboard Korea’s Hot 100 list. This year, Yoon Mi Rae returned to warm the hearts of many with her voice in ‘I Love You’ for the OST of Korea’s recent #1 TV drama, ‘It’s Okay, That’s Love’.

Jamaican recording artist Tessanne Chin, who is of Chinese descent, is best known for her successful win on Season 5 of NBC’s The Voice. Born to musical parents, Tessanne Chin began performing at the ripe, young age of 6.  Now, she has opened for a number of famous acts, toured for three years with Jimmy Cliff and her debut album Count on My Love was released on July 1, 2014, under Republic Records.

Arden Cho is an actress, singer-songwriter and model most known for her role as Kira on MTV’s Teen Wolf. In early 2013, Arden pursued her music career with the release of her self-produced EP, My True Happy, currently available on iTunes. With an active and growing following on her YouTube channel, ardenBCho, Arden continues to showcase her creative and music endeavors.

David Choi is a native Los Angeles singer, songwriter and producer. On YouTube, he has close to a million subscribers and over 117,000,000 total video views. David has toured all over the world performing his original songs and covers in front of thousands of people. He wrote and self-produced all three of his albums, including “Forever and Ever.”

G.NA is a Canadian singer and songwriter who reached stardom in South Korea. Her first digital duet song with Rain was released in 2010. This was also the year that her debut mini-album Draw G’s First Breath was released. She recently released the music video to “G.NA’s Secret” on her official YouTube channel which has over 160,000 followers.

Mike Song is a dancer and choreographer most known for being part of America’s Best Dance Crew’s Kaba Modern, Step Up Revolution, BLAZE: World Tour, and KINJAZ. He has become an international performer, judge and teacher. With over 30 million views on his Youtube channel, he has established a presence as one of the most recognizable personas in the dance scene.

Terry Im, more commonly known as KRNFX, is a Korean Canadian beatboxer and singer. He is most known for competing in the first season of Canada’s Got Talent in 2012, for winning the first Canadian Beatbox Championships in 2010 and for his YouTube videos. KRFX collaborated with Mike Song for an appearance on the The Ellen DeGeneres Show.

The Kinjaz are a Los Angeles-based performance group originally created by Mike Song and Anthony Lee. The group aims to combine theatrics, intricate choreography and comedy to create a new form of story-telling. The Kinjaz include members from America’s Best Dance Crew‘s Kaba Modern, The Legion of Extraordinary Dancers “LXD”, and Jabbawockeezs. 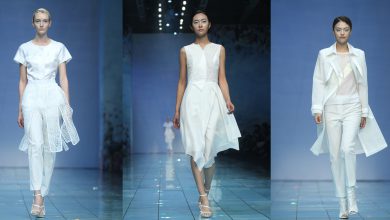