And the Oscar Goes to…

A Korean American film student challenges the lack of diverse heroes in American films, and wins an unforgettable trip to the Academy Awards.

What would it feel like to hold an Oscar statuette in your hand? Or to set foot on the Academy Awards stage and be within arm’s length from the world’s most famous actors, actresses and movie-making geniuses? Just ask Korean American college student Nathan Flanagan-Frankl.

“Oh my God, there’s a little clip of a video—they showed it during the pre-show—and I’m like covering my face, and I was, like, crying on camera, but, yeah, it was really intense!” says Nathan. “I was really excited. Even now, looking back on it, I can’t really comprehend it, like, ‘What just happened?’”

The senior studying film production at Chapman University’s Dodge College of Film and Media Arts, in Orange, Calif., was one of six college students chosen to take part in this past February’s Oscar ceremony, as winners of Team Oscar, a contest hosted by the Academy, actor Channing Tatum andThe Ellen Degeneres Show. The contest allowed the young people to hobnob with some of the greats in the film world and to hand out the famed golden statuettes on stage.

“It gives me goose bumps just thinking about it,” says Nathan, as the 22-year-old recounts the moment the Best Picture award went to 12 Years A Slave, his favorite moment of the night. “Just being able to be there, to see it right in front of my face, to witness that passion and really what it meant to them, that meant a ton. And especially for what the film stands for, it was awesome. I won’t forget that moment.”

Nathan’s own passion for film is what helped earn him a spot on Team Oscar. The competition askedcontestants, “What do you want to contribute to the future of film, and how can you portray that in 60 seconds?” His winning Team Oscar video opens with Nathan telling the audience, “When I usually think of Asians in movies, a few things come to mind”—then the words “nerdy,” “kung fu,” “sidekick” and “strict” pop up on the screen. “Unfortunately, I never really related to any of these roles,” Nathan adds. He goes on to talk about growing up without heroes who looked like him on the big screen, and says that, as a filmmaker, he’d like to change that.

“The people that inspired me, or my own personal heroes, are not necessarily one type,” says the film student, who was adopted from South Korea by Irish-Italian and Austrian-Hungarian-Argentinian parents. Growing up in such an international family, he says, “has definitely inspired me to stretch beyond my initial beliefs of what Hollywood has [portrayed] as a hero.”

For the 60-second Oscar video, Nathan drew from the documentary he’s working on for his senior thesis, a short that challenges filmmakers to diversify the role of the hero in movies. “It’s a documentary about Asians in the entertainment industry, about the struggles that Asians have to become successful in the industry, and the different roles Asians have been portrayed as throughout history, and even right now,” he says.

From a young age, Nathan, who grew up performing in school musicals and a cappella groups, was drawn to the filmmaking medium. An admitted fan of Disney movies, he initially had an interest in working in animation, but then became passionate about the power of documentaries and their “ability to communicate and really change people’s lives.” Nathan has already made several short student documentaries, including A Part of Me, which is about his own family’s struggle with divorce.

Ultimately, for an aspiring filmmaker like himself, Oscar night proved not only a great deal of fun (he called Tatum “the nicest guy ever”), but also educational. He crossed paths with actress Angelina Jolie, and they discussed her humanitarian work. “We talked about the importance of power and influence, and if you have that ability to have an impact, especially at that level, you should use it for good,” Nathan says.

It seems silly to say that this experience has changed him, but his brief brush with the world renowned awards show made a greater impression on him than he anticipated. “I think, internally, I’ve just had a lot of new inspiration and new motivation,” he says.

“I met a lot of people who have really accomplished really big things, and have been able to be successful in what they’re passionate about, which is my goal in life. So I think I changed a lot more than I thought I would from this experience. I know it sounds cheesy, but I’m actually going to talk to a group of kids at a local center about this—about dreams coming true, and to share that it comes with a lot of hard work and passion.”

This article was published in the April 2014 issue of KoreAm. Subscribe today! To purchase a single issue copy of the April issue, click the “Buy Now” button below. (U.S. customers only. Expect delivery in 5-7 business days). 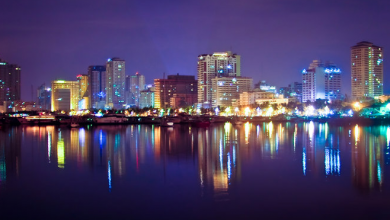 Story by Kristine Ortiz. Often considered by many tourists as a place to just “skip over,” Manila is slowly changing such impressions by emerging as the heart of Philippine […]