Since his inception in 1941, Aquaman — he who speaks to fish, he with the glittery gold suit — has been the butt of every bad superhero joke. James Wan, the director of DC’s upcoming tentpole film of the superhero, had no delusions when it came to taking on the character.

“I wanted to get rid of that, or at the very least, I want people to be laughing with Jason [Momoa], not at him,” Wan said in an interview with Kore.

The movie, which releases Friday in the U.S., has made a big splash overseas, where it’s already raked in $266 million in box office.

For Wan, who’s best known for his horror directing and producing, including films in the “Saw,” “The Conjuring” and “Insidious” franchises, this has been his first foray into superhero films. Earlier this year, he wrote and produced the box office winner “The Nun.” “Aquaman” has been  three years in the making.

How daunting is it to go into a tentpole superhero franchise like this?

There’s always pressure when you go into making any big films. I felt that when I was doing “Furious 7,” coming into an established world. What was really cool about Aquaman was, he’s never really been done before. Even though he is a part of the DC cinematic universe, he’s never really been on the big screen or the small screen. I really felt I had the freedom to try things out with him, to have fun with his character. His world is so fun in the comic book — I wanted to be respectful to the source material and do it in a way fans would enjoy.

What kind of first impression did you want Arthur to make in this film?

We’re all familiar with the jokes people have made about this character over the years. The cool thing with Momoa is, he’s a big tough guy. I wanted people to see the fun, light-hearted side of Jason Momoa, which is charismatic, funny and goofy at times. I wanted to lean into that and pull it out of him as much as I could. So he’s much of a complete, fully rounded character.

We know you primarily as a director of horror films. How did you take this project and really make it a “James Wan” movie?

The movie looks and sounds and smells like a James Wan movie. All my work, even my horror films, have a tongue-in-cheek nature to them. I’m very serious about filmmaking, but sometimes I don’t really take myself too seriously. This movie is able to wink at the audience at times; it’s about striking that balance between being serious or being scary, but also letting the audience have fun and be able to laugh or smile at the same time.

So much of this film takes place in the water, and as people we have an innate fear of water.

That was definitely one of the things I really wanted to capture — usually when you talk to people, they say, “The ocean’s magical, it’s wondrous, it’s really beautiful. But it’s scary and dangerous and powerful.” This movie let me tackle both aesthetics. I can capture a wondrous and magical sort of world of Atlantis, but on the other hand, I can do the scary sequences with the trench creatures.

I love seeing you on social media being happy seeing your movie’s posters on buildings, despite your having done this for a while. Do you still carry that sense of excitement and wonder with you?

I definitely do! It’s important for me not to lose that. I think just having that sense of childlike wonderment, in all of us as filmmakers — it’s very important. I grew up loving filmmakers like Steven Spielberg and George Lucas and Tim Burton. [Wonder] is something I want to make sure I don’t lose, because that’s what keeps things fun and keeps things fresh. It pushes me and challenges me to find the things I love. All the movies I make are basically movies that I want to watch myself most of all — it just so happens that I’m very lucky and generally, the movies I make connect with the general public as well. But I’m the first audience that I want to satisfy.

What are you working on next?

I’m working on a bunch of things as producer, but in terms of directing, I don’t necessarily have anything lined up. This movie has taken so much of my time — three years of my life! I haven’t had a chance to think about anything else. The next thing I really want to do after this is done is take a really long nap. Besides that, I want to challenge myself with something new and fresh.

I would love that! There’s definitely a bit of rom-com in “Aquaman.” I always say that the “Conjuring” films are really love stories — it just so happens that they deal with the supernatural. That’s something I’ve always secretly had a desire to do, a straightforward rom-com. 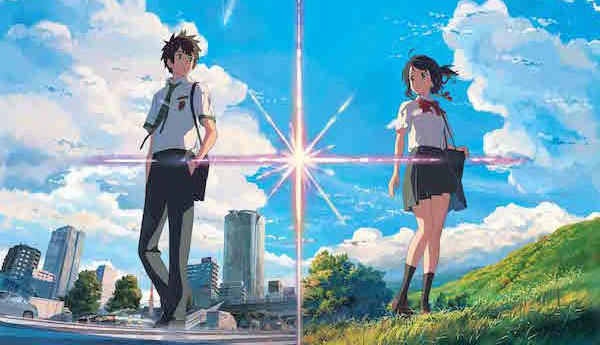 Are you ready to get your heart broken again by an anime? Makoto Shinkai, director of “Your Name,” has announced his next feature length film “Weather Child (Tenki no […]