Archie Panjabi, the British actress who plays private investigator Kalinda Sharma on CBS’ “The Good Wife,” took home her first Emmy for “Best Supporting Actress in a Drama” at the 62nd Emmy Awards in Los Angeles.

In her acceptance speech, Panjabi said, “When I started in the business in England, just getting a job was a dream. And to receive an Emmy now is just beyond my wildest dreams…working on ‘The Good Wife’ for me is like a dream come true.”

Panjabi, an actress of Indian descent, was the only Asian talent to take home an Emmy that night, and joins a small club of Asian actors who have achieved such an honor. 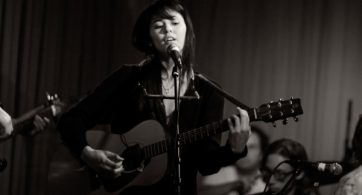