The beloved Arden Cho, who was featured in our Spring 2014 issue, turned heads on the red carpet at the MTV Video Music Awards on Sunday, August 24, 2014.

Prior to her arrival, Cho teased us with a selfie and continued with adorable tweets throughout the night.

On the way to the VMA’s! Did you watch Teenwolf??? pic.twitter.com/s8FOvIKp9l

Arden was also very generous with her compliments of the performers and praised Ariana Grande multiple times. When Sam Smith performed his chart-topping song “Stay With Me,” Cho made us all giggle with her tweet.

“Being an Asian actress, roles that are on the table often aren’t our first picks,” she says. “But when Teen Wolf came along, I really couldn’t have written a better part that I’d want to play. Sometimes it takes all these disappointments to make you appreciate something when it finally works out.” 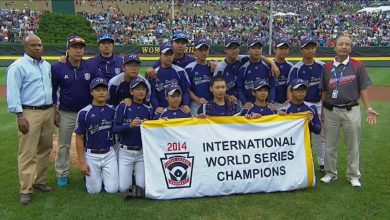 by JAMES S. KIM Twice is just as nice for South Korea, as they defeated Japan 12-3 to secure the Little League World Series International Championship in Williamsport, Pennsylvania. […]