At age 11, Ariya Jutanugarn qualified for the 2007 Honda LGPA Thailand, becoming the youngest person ever to do so. Now, the 20-year-old has become the first Thai golfer to win a major event with her victory at Milton Keynes, England, Sunday.

The Ricoh Women’s British Open is the only major recognized by both the LGPA Tour and the Ladies European Tour. This year it was played on the Marquess course at the Woburn Golf and Country Club, another first for the tournament.

“I think it’s really important for me and for Thai golf, also,” Jutanugarn, now ranked world No. 2 by both Rolex and Race to the CME Globe, told reporters. “After my first tournament on tour, my goal is I really want to win a major. I did, so I’m very proud of myself.”

After suffering a string of missed cuts in the past year, strong play in tournaments this season showed Jutanugarn was not ready to back down – a close defeat at the ANA Inspiration earlier in the year saw her placing fourth behind champion Lydia Ko. Jutanugarn placed third at the Women’s PGA Championship.

Now, Jutanugarn can add first at Women’s British Open to her trophy shelf. Closing with an even-par 72, she bested Mo Martin of the United States and Miram Lee of South Korea, who ended with a 13 under-par each. 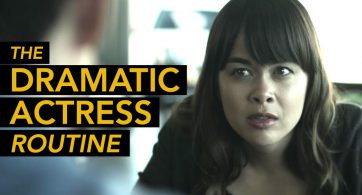 Audrey is on a bad date that she wants to get out of. Her only way out is to use one of the oldest tricks in the book, the […]