Wood Moy, the star of the 1982 pic “Chan Is Missing,” a groundbreaking Asian American indie film, has died aged 99, according to his family.

Moy, who was born in 1918, served in the U.S. army’s 987th Signal Company as a medical technician and radio repairman during the Second World War before turning to acting. In 1972, he joined the Asian American Theatre Company in San Francisco, becoming one of its earliest and most prominent members.

In 1982, he led Wayne Wang’s black-and-white comedy-noir film “Chan Is Missing,” alongside Marc Hayashi, as Jo, a taxi driver in San Francisco’s Chinatown who gets swept up in a chase for a missing man.

The film was well-received by critics. In 1995, the Library of Congress’ National Film Registry selected it for preservation, citing its “cultural, historical or aesthetic” significance.

Moy was also the publisher of a magazine detailing the Chinese American experience, called East Wind, on which he worked with his wife Mamie Louie and his brother-in-law Henry Louie. 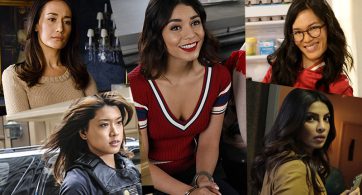 The ladies of Asian American Hollywood were some of the best representatives of film and television excellence this year, but the effects of their influence were felt off-screen as […]