Despite the negativity that drove Tran to erase her activity on the photo-sharing social media site, crowds of “Star Wars” fans have come to her defense, including fellow Asian American celebs. Here’s what some of them had to say:

Sad to hear about Kelly Marie Tran being bullied off of instagram.  She was great in the movie. IMHO, fandom should be about inclusion and sharing the love of something that we passionately care about.

Kumail Nanjiani doesn’t understand why someone would troll one of the best parts of “The Last Jedi.”

I totally embarrassingly fanned out when I met Kelly Marie Tran. Rose Tico was unequivocally one of the highlights of The Last Jedi. You’d have to be an idiot to disagree with that.

Margaret Cho shouted out her support in all-caps lest there be any confusion about where she stands.

THIS GIRL IS A FORCE TO BE RECKONED WITH AND THERE WILL BE NO SLANDER AGAINST HER NAME. #KellyMarieTran pic.twitter.com/dbe1saJlDi

Harry Shum, Jr. hopes Tran feels his love now as much as he felt her joy during “The Last Jedi” promotions.

I don’t know @kellymarietran personally but I’ve come to like her through social media and her infectious jovial personality. Loved seeing her joy shine through with her excitement to be part of an iconic franchise.  I hope she feels the love that so many are giving her now. https://t.co/btGHNEqfSm

Henry Golding told us a story about a time when Tran’s pride and joy over being part of such an iconic franchise touched his heart, too.

I hate the fact @kellymarietran was bullied and harassed on the internet to the point where she was forced to leave social media. I remember the first time seeing her in Singapore when she came for a preview of a behind the scenes look of Star wars the last Jedi… pic.twitter.com/0wOtzs2eGc

Kelly Marie Tran’s Instagram was the best thing about Instagram. Haters have shut down an essential gateway to so many Asian girls including myself feeling inspired and beautiful through her posts. Shame on you.

#KellyMarieTran did not write the movie. She acted the shit out of the character. She doesn’t deserve this highly racist and misogynist subset of toxic #StarWars fandom. Yall are embarrassing. https://t.co/O30Mxx8rpo 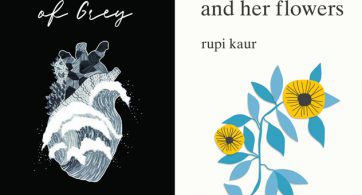 Poetry takes the tediousness and drudgery of life and turns it into something beautiful, and these six Asian American poets are especially skilled at transforming life into art. Here […]