The annual Unforgettable Gala, back for its 17th year at the Beverly Hilton in Los Angeles on Dec. 8, will honor a diverse roster of Asian American trailblazers that span from film and television to other cultural spaces and social justice.

Unforgettable, which is the longest-running event of its kind for Asian Americans in Hollywood, recognizes and elevates the strength of the API community in entertainment. The event is presented by Audi and hosted by Kore Asian Media.

Sandra Oh, who was nominated for an Emmy for her leading turn in BBC’s “Killing Eve,” will be honored as Actor In Television, while John Cho, who won critical acclaim by portraying a devastated father in “Searching,” will take home Actor In Film. Manny Jacinto, the lovable but clueless bro in NBC’s “The Good Place,” is Breakout In Television. The cast of the box office-topping “Crazy Rich Asians” will receive the Vanguard award, while Jon. M. Chu will take home the Director award. Tan France, the fashion guru of Netflix’s “Queer Eye,” will be honored with the Changemaker award. The Culture – Social Justice award will go to Amanda Nguyen, an activist and founder of Rise, while Ben Baller, a celebrity jeweler, will receive the Culture – Lifestyle award. Cassey Ho, who is behind the fitness empire Blogilates, will be recognized with the Digital Influencer award; U.S. Open winner Naomi Osaka with Athlete On Another Level; and “Bali: Beats of Paradise” documentary filmmaker Livi Zheng with Culture Ambassador.

Additional honorees will be announced in the coming weeks.

“I especially want to thank London Trust Media for their unwavering support in our newly relaunched magazine, and as they continue pushing us forward to inspire future generations of creators and in raising awareness about the diverse and untold stories that are still out there,” said publisher James Ryu.

Kore Asian Media, which traces its roots back to 1990, is a subsidiary of parent company London Trust Media, a diversified business focused on the technology and media industries. 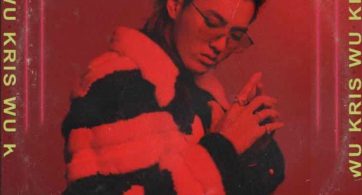 Chinese Canadian artist Kris Wu further blends his identities with his debut album “Antares.” The 14-track album, which dropped today, is in English and Chinese, and features Jhene Aiko, […]