Dave Bautista has joined Legendary’s “Dune” remake, which will be led by “Call Me By Your Name” star Timothée Chamalet.

The original “Dune” film, based on Frank Herbert’s sci-fi epic, is a cult-favorite that was directed by David Lynch in 1984.

The story, set in the future, follows rival noble families who control planets throughout the universe as they battle for power and resources.

Chamalet will take on the character Paul Atreides, who was previously played by Kyle MacLachlan, while Bautista will play Glossu Rabban Harkonnen, who is otherwise known as “The Beast.”

Denis Villeneuve will helm the remake. He previously worked with Bautista for “Blade Runner 2049.”

Bautista is a former WWE champion who is best known as Drax in Marvel’s “Guardians of the Galaxy” franchise. He will be seen next on-screen in “Avengers: Endgame,” due out in April, and in “My Spy,” an action comedy with Ken Jeong. 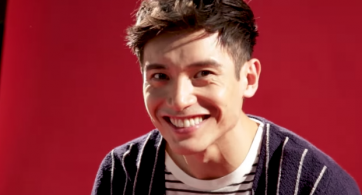 “I had one guy who was so mad at me because he thought I was lying about who I was.”