Walking through “Kaiju vs Heroes: Mark Nagata’s Journey Through the World of Japanese Toys” at the Japanese American National Museum in Los Angeles, it’s hard not to be overcome by the fantastical display of colors and characters. Packed with hundreds of figurines from his own collection and toys of his own creation, the room is tinged with a welcoming air of nostalgia and reverence for a bygone time.

Nagata is an San Francisco-based toy maker and illustrator. Though best known for the covers he’s designed for R. L. Stine’s “Goosebumps,” he’s built a reputation and cult fanbase for his extremely colorful and well-designed soft vinyl figurines, for which he also concocts stories. Nagata designs all of his figurines himself, from the fearsome looking beasts with spikes and bug eyes to the hero Captain Maxx, a character inspired by his son. Nagata’s work is whimsical, wacky and strange in the best possible way.

He’s enjoyed doodling since he was 3 years old. Nagata’s artistic world was transformed when he received a box from an aunt and uncle stationed on a U.S. military base in Japan. Inside were colorful hero and kaiju toys. They struck a sharp contrast to the traditional American toys he was used to. They were oddly shaped and depicted monsters had had never seen before. Since he didn’t grow up with the TV shows that the toys came from, he had to make up his own storylines and names for the toys.

“I didn’t grow up in Japan, so my only connection initially to these monsters was the toys and how they looked,” Nagata said. “I had to kind of piece together what I thought they were from or what kind of stories would be behind them. There’s a little imagination involved in that on my part.”

Nagata describes his artistic inspiration and interests as solidly old-school. Growing up, he would watch the silent black-and-white monster classics starring Frankenstein, Dracula, and the werewolf. Nagata was instantly drawn to the complex personalities of the characters as they wrestled between their humanity and monstrous natures. He admired the unique costume and make-up designs of the day that molded the characters into who they were on the silver screen.

However, though his contemporary work largely focuses on monsters and that eternal struggle between good and evil, Nagata doesn’t find any joy in modern-day horror.

“You knew in the back of your mind that somebody had to spend however many hours constructing these things and stick someone inside of it,” Nagata said. “In that way I’ve always been sort of more interested in the past than the future. Nowadays you have characters that are just very evil that will just chop people up and that kind of stuff. With CGI, I can appreciate how the image looks and a lot of things are very impressive — but in the end I know it’s just a lot of people sitting behind their monitor.”

Maria Kwong, director of retail and curator of Kaiju vs. Heroes, sought out to display Nagata’s work because of his dedication to the original method and intent behind Japanese kaiju and hero toys.

“The other artists who were doing the vinyl toys were really just using them as a way to express the style of work they were doing in their painting and graphic work,” Kwong said. “They weren’t recreating the same genre of toy, but Mark was. He was the one going right back to the ’60s and the ’70s and emulating the story lines and the look of those toys.”

In the aftermath of World War II, Japan found itself with an economy that had been devastated by warfare. Finding itself under the control of international post-war sanctions and with several of its key industries (like cotton) hopelessly crippled, the Japanese economy had to find novel ways to repair itself. One of those ways was the production and export of Japanese soft vinyl toys — thus the Japanese toy boom of the 1970s. Kwong noted that in America, the Japanese toy movement was largely centered around Japan towns, like Little Tokyo.

“When these toys were popular, the only places that they were coming through were Japan towns in America,” Kwong said. “They became sort of a hub. Suddenly the ‘it’ thing was Godzilla and Ultraman and later Hello Kitty. [They were] things that influenced popular culture but were rooted in the Japanese American community.”

In addition to changing his art, Nagata’s fascination with Japanese toys also facilitated a way for him to more deeply understand his place in American society as a sansei. Growing up, Nagata was largely encouraged to adopt American culture and not taught Japanese. His parents, who were teenagers at the time of Japanese internment, were forced to live in a Utah facility for three and a half years.

“At the time and I didn’t think that had much to do with me. My parents would just say, ‘You don’t have to necessarily be the best Japanese person, just be you,’” Nagata said. “It wasn’t until I talked to Maria Kwong about my story that she instantly picked up on the fact that ‘Oh, you don’t realize that you’ve been affected by the camps because your parents, whether it was intentional or not, steered you away from Japanese culture.’”

Though Nagata’s parents were supportive of his artistic interests, Kwong noted that it was unusual at the time for Asian Americans to pursue creative careers.

“I really admire his tenacity, his dedication to do something that is not going to make your rich, “ Kwong said. “But he has been able to make it a living and loves it. When you say that to him he just says, ‘I just like what I do.’ He doesn’t think of himself as being a maverick, he just likes what he does and he’s really lucky.”

Perhaps the biggest takeaway from “Kaijus vs. Heroes” that Nagata hopes to impart is that while dreams may seem far away, they’re attainable.

“Anybody out there who has something they want do or that they’re passionate about, they should just do it,” Nagata said. “You may not have all your bases covered, but if you have 80 percent, just go for it. Everything else will slide into place.”

“Kaiju vs Heroes: Mark Nagata’s Journey Through the World of Japanese Toys” will be on exhibition at the Japanese American National Museum until March 24, 2019. 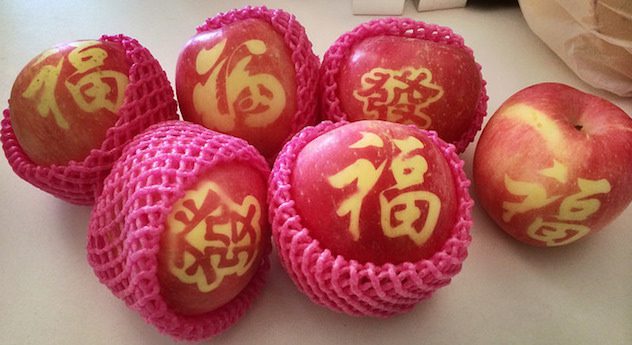 No matter what holiday it may be, you can be certain Chinese Americans will remix it a little bit and infuse their foods and customs into it. Here are a […]