No matter what holiday it may be, you can be certain Chinese Americans will remix it a little bit and infuse their foods and customs into it. Here are a few things that you might find at a Chinese American family Christmas:

This is a dish you’d probably see on the table during Christmas if you lived in a big house in the English countryside and you were celebrating the holiday with your gentry family or … if your parents are Chinese. However, unlike this fowl’s British cousins, which are normally oven baked, these ducks will most likely be deep-fried and roasted until the skin is crisp and crackling and the meat tender enough to fall off the bone.

Barbecued pork, whether in its sweet, tender char siu incarnation or as its crispy-skinned cousin, is definitely going to be making an appearance during the holiday season. Pork is symbolic of everything that’s important to the Chinese family: wealth, unity and wholeness. Plus, it’s just plain delicious.

Though this is a dish that would normally be served during Chinese New Year, most Chinese families won’t miss any opportunity to infuse a little bit of good luck into any situation. Usually served steamed with head and all, it’s rubbed thoroughly with a bit of sesame oil and salt, is usually served with a dipping sauce of soy sauce, green onion and very hot peppers, or eaten plain.

This delicious mix of carrots, green onions, shiitake mushrooms, and stringy rice noodles are sure to grace the table of a Chinese Christmas feast. While this dish doesn’t hold major symbolic significance, a lot if it can be made quickly and, therefore, is a convenient way to keep bellies full during the holidays.

Not exactly a dish, but apples are a staple of Chinese Christmas. Ping an ye is the translation of “Silent Night” and is pretty close to the Chinese word for apple, ping guo. So, it’s not uncommon to be gifted an apple, of all things, for Christmas.

Red envelopes are traditionally something that you would get on your birthday or the so oh-so lucrative holiday of Chinese New Year, it wouldn’t be a Chinese holiday without a little bit of red paper in it. In fact, it’s probably more likely that you’ll get a little bundle of cash than a stocking stuffer if you’re celebrating Christmas with your family. 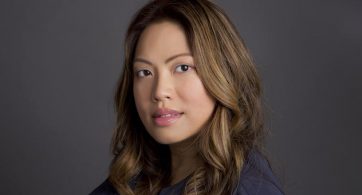 Watching “A Legendary Christmas,” it’s easy to get swept away in the charm of John Legend and the biting humor of Chrissy Teigen against the backdrop of a beautiful, […]