Producer and writer Justin R. Ching has acquired the rights to the award-winning documentary “Esfuerzo.” Ching will work with director and creator Alana Maiello on developing the piece into a full-length feature.

According to the producer, “Esfuerzo” is a “timely activist film that portrays the most dramatic manifestation of the immigration debate: the conflict between Mexican American winemakers—many of whom are undocumented migrant farmers—and the elite beneficiaries of their work, many of whom are aiming to deport these very same immigrants.”

Maiello reached out to Ching with a short version of the documentary. After watching it, he immediately made Maiello an offer. He found that the story personally resonated with him—California, past Hollywood or Silicon Valley, is majority farmland. “I was raised in those rural areas and grew up with the kids of migrant workers,” Ching said. “That cultural upbringing has always inspired my voice as a filmmaker. Our mission for the film is to humanize the people who make our everyday lives possible.”

“Esfuerzo” has already garnered international recognition, including the award for Best Picture at the Oceanside International Film Festival and a feature at Festival de Cannes this year.

The film aligns with Ching’s goals with j-school, his production company focused on telling the stories of marginalized groups in their own voices. He’s also produced shows like Amazon’s documentary series “Ritual” and FOX’s “@TheBuzzer.” 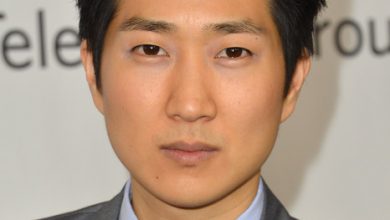 NBC’s “This Is Us” will bring back Tim Jo as a recurring character in its third season following his first appearance in the show on the Oct. 30 episode […]