NBC’s “This Is Us” will bring back Tim Jo as a recurring character in its third season following his first appearance in the show on the Oct. 30 episode “Kamsahamnida,” according to Deadline.

The actor plays Jaewon Yoo, who confronted Randall (Sterling K. Brown) for using the Korean community in his neighborhood to get votes for his campaign. The episode ends with the two developing a rapport and Jaewon becoming his campaign manager.

Jo is best known for his roles on Fox’s drama “Pitch,” ABC’s “The Neighbors” and TBS’s “Glory Daze.”

He shared the news on his Instagram, where he thanked everyone in Korean: 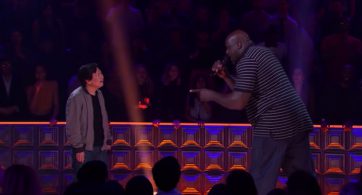 Ken Jeong and Shaquille O’Neal are putting together an unscripted comedy project for TBS. Tentatively titled “Unqualified,” the show will follow the actor and former basketball player as they […]