Darren Criss, who won an Emmy earlier this year for his critically acclaimed performance in “The Assassination of Gianni Versace: American Crime Story,” was nominated for a Golden Globe Thursday.

The nod is for Best Performance by an Actor in a Limited Series or Motion Picture Made for Television. In “Versace,” Criss plays serial killer Andrew Cunanan.

Criss is up against Antonio Banderas (“Genius: Picasso”), Daniel Bruhl (“The Alienist”), Benedict Cumberbatch (“Patrick Melrose”) and Hugh Grant (“A Very English Scandal”) for the award.

Tweeting about the nomination Thursday, Criss wrote that he “always loved watching [the Golden Globes] with family & friends, so just to be in the room is a thrill — but to be nominated is insane.”

“Versace” was also nominated for Best Television Limited Series or Motion Picture Made for Television. 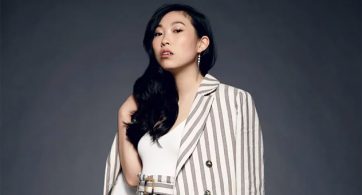