Awkwafina, Rekstizzy, Lyricks and Dumbfoundead are the subjects of “Bad Rap,” a documentary by Salima Koroma that is now available on Netflix. The documentary takes a look at the careers of four insanely talented rappers of Asian descent, but rather than tracing the stories of their origins, Koroma’s film poses a question: in spite of talent and know-how, why aren’t these Asian rappers more famous?

The documentary screened at the Tribeca Film Festival in 2016. Highlights from the film include a rap battle between Dumbfoundead and Conceited as well as Rekstizzy’s defense of his artistic vision.

See the trailer below and stream the full documentary on Netflix now! 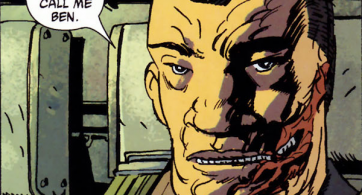 In the latest episode of Hollywood whitewashing Asian characters, actor Ed Skrein has been cast to play Ben Daimio, a Japanese American character, in the upcoming reboot of “Hellboy.” […]