In 2002, Better Luck Tomorrow made a splashy buzz at Sundance Film Festival, complete with a rousing defense from the late Roger Ebert. Since then, there has been a steady increase of Asian and Asian American representation in films.

This year, Sundance runs from Jan 22 – February 15, 2015 in Park City, Utah. Check out our picks from the 2015 Lineup which include Asian/Asian American actors, writers and even directors.

U.S.A. (Director: Jennifer Phang, Screenwriters: Jacqueline Kim, Jennifer Phang) – In a near-future city where soaring opulence overshadows economic hardship, Gwen and her daughter, Jules, do all they can to hold on to their joy, despite the instability surfacing in their world. Cast: Jacqueline Kim, James Urbaniak, Freya Adams, Ken Jeong, Jennifer Ehle, Samantha Kim.

China (Director: Hao Zhou) – Mayor Geng Yanbo is determined to transform the coal-mining center of Datong, in China ‘s Shanxi province, into a tourism haven showcasing clean energy. In order to achieve that, however, he has to relocate 500,000 residences to make way for the restoration of the ancient city. World Premiere.

India (Director and screenwriter: Prashant Nair) – When a young village boy discovers that his brother, long believed to be in America, has actually gone missing, he begins to invent letters on his behalf to save their mother from heartbreak, all the while searching for him. Cast: Suraj Sharma, Tony Revolori, Smita Tambe, Adil Hussain, Rajesh Tailang, Prateik Babbar. World Premiere.

6) “I am Hong Kong”
(International Narrative Short Film)
China (Director and screenwriter: Flora Lau) – The recent Umbrella Movement, ignited by the youth of Hong Kong, shows how citizens’ passion and desire for a more fair and just future can bring about a peaceful but powerful social movement, despite criticism, defamation and attacks.

7) “Hotel 22”
(International Narrative Short Film)
U.S.A. (Director: Elizabeth Lo) – Each night in Silicon Valley, the Line 22 public bus transforms into an unofficial shelter for the homeless. This film captures one dramatic night on the “Hotel 22” bus.

U.S.A., Korea (Director and screenwriter: Benson Lee) – Seoul Searching is a comedy set in the ’80s about a group of foreign-born Korean teenagers who meet at a Seoul summer camp to learn what it means to be Korean. The three boys, from the U.S., Mexico, and Germany, then meet three girls who rock their world. Cast: Justin Chon, Jessika Van, In-pyo Cha, Teo Yoo, Esteban Ahn, Byul Kang

1979 Revolution Game presents an innovative approach to non-fiction storytelling. Designed to engage players with an immersive “on the ground” experience of the Iranian Revolution, the game integrates an emotionally impactful narrative with interactive moral choices and intuitive touchscreen gameplay while remaining true to history.

For the full lineup of films, please visit the official Sundance website. And let us know which films you are most excited for in the comments below! 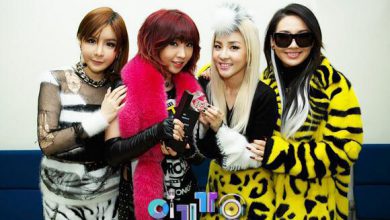 Back in March, the streets of Seoul were filled with excitement as Tyra Banks landed in South Korea to film a segment of Americas’s Next Top Model. We were even […]