Early last month inside Crustacean Beverly Hills, a ceremony took place in front of South Korean dignitaries, Los Angeles city and county officials, council members, Congressman Kwang-soo Kim, as well as members of the media during which a symbolic sword was passed from a 77-year-old Korean man to a 34-year-old Korean American man.

The ceremony, aptly titled the Passing of the Sword, signaled the next phase of Korea’s Joseon Dynasty. With this gesture His Imperial Highness King Yi Seok, the last remaining heir of the Korean Empire’s royal family still living in Korea, had named Crown Prince Andrew Lee, a Korean American tech entrepreneur, as his heir apparent. Upon receiving the word, Prince Lee swore to “commit to the values of love, human rights, peace and freedom for humanity.”

Many may not even be aware that a Korean royal family still exists today. So here’s a little primer on the Joseon Dynasty and the Korean Empire. The Joseon Dynasty was founded in 1392 by Yi Seong-gye. Known for isolationist policies which earned it the nickname “The Hermit Kingdom,” it is credited with being the creators for much of modern Korean culture. Its most famous and important inventions during its rule include Hangul, the official writing system of Korea; Jobo, the world’s first distributed newspaper; as well as the bulletproof vest, time bomb and armored warships. In 1897, King Gojong proclaimed the Korean Empire as the replacement for the Joseon Dynasty. And while the Empire came to an end when Japanese colonial rule annexed Korea in 1910, the royal family lived on.

So who is King Yi Seok? He is the nephew of King Sungjong, Korea’s last monarch, and the son of Prince Yi Kang, the fifth son of King Gojong, the 26th king of the Joseon Dynasty. King Yi Seok spent his lifetime fighting to bring back honor and prestige to his royal family name. Japan’s colonization, coupled with a series of brutalistic Korean government regimes, crippled the Korean Empire’s legacy. Many of his family members were exiled as a result. The throne was abolished. Yi Seok’s life greatly suffered but he pushed forward, foraging a life so unfathomable that his life story has been the subject of books and even a TV show.

From the ‘60s to the late ‘80s, he journeyed from Vietnam — where he not only fought in the war, but sang for U.S. troops, to Korea, where he recorded a hit song, to Los Angeles, where on a tourist visa he performed odd jobs including cleaning pools in Beverly Hills. Eventually he paid a Korean American woman for a Las Vegas wedding so that he could receive a green card to stay in the U.S. legally. There the couple ran a liquor store that was robbed over and over again. He returned to Korea for good in 1989. But his struggles continued. He tried his hand at becoming a monk. He attempted suicide eight times. A local newspaper caught wind of his travails and published a story that initially embarrassed him, but would eventually serve as the catalyst for his resurrection.

In 2014 he was embraced by the city of Jeonju, the ancestral home of the Yi family, where his legacy was restored. Since then he has officially been recognized as the rightful King to the Korean Empire, and given hundreds of talks about the rich history and culture of the kingdom all over the world. Currently he is a professor of history at Jeonju University.

So when a man who had lived the type of life that few of us could have endured, who was carrying the responsibilities of a kingdom that reached back over 600 years, asked Andrew Lee to be the next in line, Lee naturally gave pause. “My immediate reaction was that it was a big task,” says Prince Andrew Lee. “But the day after I felt like there was a very good challenge ahead of us.”

King Yi Seok and Prince Lee had met each other several years ago and kept in touch. During that time, the new prince was busy building up his various tech properties, especially his successful VPN company, Private Internet Access. The king, a father to two daughters and no sons, was thinking about passing on his legacy. “At the ceremony I told him, I don’t have much time forward, I don’t have much time left,” says King Yi Seok. “I will be 80 soon. That’s why I need someone young like Andrew to go forth with the crown.’”

In Prince Andrew he saw a driven young man who had found success on his own and a Korean American who was eager to explore his cultural roots. “Me being Korean American shows that Koreans all over the world are a part of the greater Korean global diaspora and we all each have a part to play in it, our own roles and responsibilities to connect to our history and culture,” Prince Lee says.

The king had shared the same belief. “I’ve been traveling and sharing our story with the world,” says King Yi Seok. “My hope is that Koreans, not just in Korea, but all over the world feel pride in our culture and history. Many of our people are forgetting their history so I have dedicated my life to make sure that our stories and past don’t get lost.”

The newly crowned prince joined KORE via phone for an exclusive interview on his plans for the future.

What are your goals and your hopes as the new Prince of Korea?

I will be focusing on cultural, humanitarian, symbolic and education programs to empower the Korean people to achieve their dreams. The crown serves the people. It is a tremendous opportunity to understand different perspectives and work on creating unity to Koreans all over the world

You’re a successful tech entrepreneur. How does that factor into your vision for your mission?

During my career I’ve gained unique insights to some of the changes that technology is bringing to our global economy. It’s important that rather than fear technology we embrace and harness it to create more jobs and resources. Korea already has a lot of amazingly talented developers and programmers who are operating at levels that I can’t come close to touching. We just want to make sure that they have the tools and opportunities to maximize their potential.

Why do you think they are not doing that already?

I think some of the rigid structural cultural and institutional mindsets that exist in Korean society is making it difficult for people to explore interests outside of what is already expected of them, to make them think that they can only follow a certain path, the one with the least resistance because that’s the only one that’s been presented to them.

And how do you think this has affected tech business culture in Korea?

It’s created this environment where little has changed. In a way it’s stunted the startup growth of businesses in Korea. So the imperial family of Korea will be launching an imperial fund to invest in small businesses and startups in Korea. The goal is to start from the idea phase and get businesses to the prototype phase. Again, there are so many talented tech people in Korea who just need a chance to show everything they can do. They just need the tools. And we will provide it for them.

Would you say that Korea, a country that most of the world views as being a superpower in the tech industry, is somewhat behind in some aspects?

Of course, Korea has experienced amazing growth in the last 50 to 60 years. But in the last few years we’ve witnessed a lot of countries that we may have looked at as being third-world in the past really emerge as leading countries and mega centers for tech. And if we don’t act soon, if we get too complacent, we might wake up one day and realise that we are really behind,  especially with how coding and technology can boost the economy. Neither I nor the group can do that on our own. But we are definitely committed to doing everything we can.

What’s the connection between technology and the Korean Empire?

You look at our history and our inventions and you see a mix of technology and culture. Our writing system, Hangul, is one of the greatest technological inventions of all time, which is a reason why Korea has one of the highest literacy rates in the world. And of course the newspaper, Jobo. We have a really rich and vibrant culture and history. And my challenge now is to continue that legacy with the technologies we have today and create the technologies we will have tomorrow and the days to come.

If Prince Lee’s hopes may seem high, King Yi Seok’s may be even higher. He wants the Prince to work towards spreading peace and humanity to the world. Including between the two Koreas. “I told Prince Lee that if we can rebuild the Imperial Family, even just symbolically, we can unite the minds and hearts of our people,” King Yi Seok says.

For the moment though, the most pressing and personal task for Prince Lee is to improve his Korean so that he can get a better grasp of his new standing in the world and how it came to be. He doesn’t just want to read about it, he wants to feel it as much as he can by creating a stronger bond to his roots. Making sure that a legacy lives on, that it connects to a people who have been disconnected from theirs in the most brutal ways throughout history is a responsibility that Prince Lee fully understands and accepts. “I want the Korean people to view me as someone who is dedicated to freedom,” he says, “as someone who is at their service.” With sword in hand. 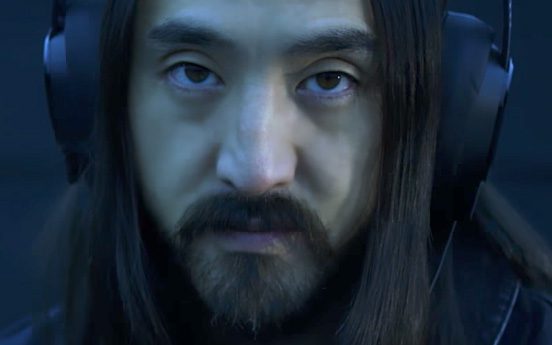 During a live streamed conversation last week with Tom Bilyeu at The YouTube Space NY, Steve Aoki spoke at length about his new album “Neon Future III,” which dropped […]