Ken Jeong and Shaquille O’Neal are putting together an unscripted comedy project for TBS.

Tentatively titled “Unqualified,” the show will follow the actor and former basketball player as they “take on different odd jobs, including patrolling malls as rent-a-cops, substitute teaching kindergarten, train conducting and performing as party clowns,” according to Deadline. The pilot description adds:

“Between them, there are very few things these two iconic Renaissance men can’t do. Shaq easily shifted from court to courtside commentary as an analyst for Turner Sports’ Emmy Award-winning ‘Inside the NBA’ on TNT. And Jeong really is a medical doctor as well as playing one on TV. But can they be scuba instructors? Line cooks? Dental hygienists? Nude art class models? All in one day?”

The duo garnered attention after their rap battle on TBS’ series “Drop The Mic” went viral online and became the show’s most-watched episode for Season 2. O’Neal is currently promoting his show “Big Chicken Shaq” on Facebook Watch. Jeong has a couple of projects in the works, recently joining the Dave Bautista-led action comedy “My Spy” as well as the Hollywood satire “El Tonto.”

Jeong tweeted a funny gif of O’Neal in response to the news: 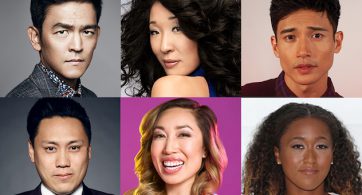 The annual Unforgettable Gala, back for its 17th year at the Beverly Hilton in Los Angeles on Dec. 8, will honor a diverse roster of Asian American trailblazers that […]