ABC’s new show Selfie premiered last Tuesday, with Korean American actor John Cho starring as Henry (the leading male role) in the new half-hour comedy. The show portrays Eliza Dooley (Karen Gillan) who is obsessed with gaining more “Likes” on social media than actually being liked in real life. She seeks Henry for his help to rebrand herself.

Though Cho also starred as a non-leading actor in several other American movies, TV shows, and key roles on several Asian-American independent films, this is his first time being a male lead on a new primetime ABC show, and Cho appears excited to bring something different the media industry.

“It’s certainly a personal revolution for me,” Cho told NBC News. “Asians narratively in shows are insignificant. They’re the cop, or the waitress, or whatever it is. You see them in the background. So to be in this position . . . is a bit of a landmark.”

We certainly can’t wait to see how Cho progresses. And with Elyes Gabel starring in CBS’s Scorpion and Steven Yeun keeping his spot as a fan favorite on The Walking Dead, we’re even more excited to see the slow, but sure progress of Asian American actors in Hollywood.

But before we look at the up-and-coming Asian artists taking over, we have to remember that before John Cho, there was James Shigeta.

James Shigeta, a third-generation American with Japanese ancestry, is renowned for his main role in Flower Drum Song, a 1961 movie musical. At that time, Shigeta was Hollywood’s first Asian American male to played a romantic leading role.

The Hawaii-born actor later moved to New York where he attended New York University for creative writing. Later, he joined the U.S. Marine Corps to fight during the Korean War.

In 1960, Shigeta received the Golden Globe Award for Most Promising Male Newcomer and in 2005, he received the Visionary Award from East West Players.

Just a few months ago, on July 28, Shigeta passed away in his sleep at the age of 85. Though he has passed, James Shigeta will forever be remembered as a role model and superstar of Asian American history. 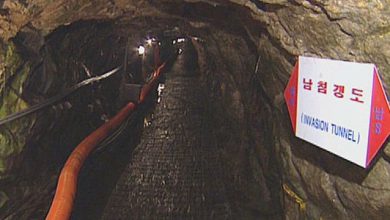 by REERA YOO South Korea recently discovered tunnels believed to be dug by North Koreans, according to Gen. Hahn Sung-chu. Hahn, a former two-star general who is now a […]