A sequel to “To All the Boys I’ve Loved Before” is reportedly in development at Netflix!

According to the Hollywood Reporter, the streaming giant has signed a multi-picture deal with Paramount that most likely includes a follow-up to the smash-hit rom-com starring Lana Condor and Noah Centino.

An overnight sensation upon its summer release, “To All the Boys” follows shy Korean American teenager Lara Jean Covey as she faces the disaster that erupts from having her secret love letters to boys mailed out.

The sequel is expected to continue telling Lara Jean Covey’s story. The film is based on Jenny Han’s popular book trilogy of the same name; “To All the Boys” is followed by “P.S. I Still Love You” and “Always and Forever, Lara Jean.”

Susan Johnson, who directed the film, wrote in a now-deleted Instagram post: “Well, the cat’s out of the bag! Thanks for the support, everyone!!! It’s all you!”

Meanwhile, Condor is set to star next in Syfy’s upcoming series “Deadly Class,” in which she plays a teenage assassin named Saya. 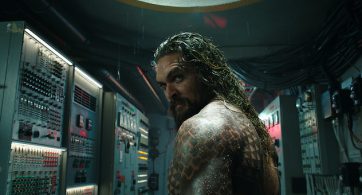 Jason Momoa, who’ll be back on the big screen soon as Aquaman, will make his “Saturday Night Live” hosting debut on Dec. 8, according to Variety, alongside musical guest […]