The pandemic can’t stop this energetic K-pop band from connecting with their fans. Get hyped up to watch the Seoul-based boy band ATEEZ electrify audiences around the world during their upcoming virtual comeback show, AIR CON <ZERO : FEVER Part. 1>.

KQ Entertainment just announced ATEEZ’s very first virtual concert, which will be held on July 28 at 22:00 KST via a new technology platform called MyMusicTaste.com. To celebrate the group’s forthcoming album release, the 180-minute long show will feature the premiere of brand-new songs, titled by ATINY themselves during a fan voting campaign. The band will also showcase exclusive and behind-the-scenes content.

The ultra-popular eight-member boy band has come a long way within a short period of time. After first debuting in October 2018, ATEEZ released four mini albums, one full album and even sold out their first world tour “The Expedition Tour” back in 2019. From filling a thousand theater seats, to selling out arena shows for tens of thousands of fans, the boys aren’t stopping here. 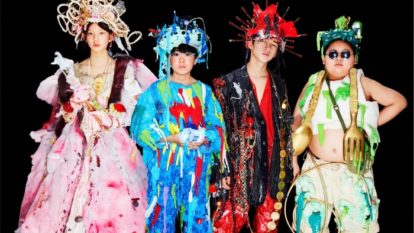 For those of you in need of a sugar high jolt reminiscent of “Scott Pilgrim vs. the World” but crave a bit of the savory heart of “Stand By […]