For those of you in need of a sugar high jolt reminiscent of “Scott Pilgrim vs. the World” but crave a bit of the savory heart of “Stand By Me,” then “We Are Little Zombies” is the escape from quarantine you never knew you needed. If you needed any more proof, the film is centered on the line “Boredom is dangerous because it brings back memories,” a theme and mantra woven throughout this layered, video game-inspired film.

“We Are Little Zombies” is the first feature film from writer and director Makoto Nagahisa, whose only prior credit is the short “And So We Put Goldfish in the Pool.,” which won him the Short Film Grand Jury Prize at the Sundance Film Festival in 2017. High off the heels of his win, Nagahisa has blasted his feature debut straight out of a candy cane-striped cannonball (complete with multicolored confetti) with this endearing film that follows four recently orphaned kids who meet at the funeral cremation facility where they each went to lay their parents to rest.

The story is told through the short-sighted lens of a boy named Hikari (Keita Ninomiya) who can’t seem to find the connection between his emotions and the death of his parents, as his entire life has been consumed by isolation and video games. He and the rest of the gang decide the only way to feel emotion and cope with their parents’ deaths  is to start a rock band and write some songs about it. Soon after, their world gets rocked into a sugar-filled frenzy as they deal with the acrimony of fame and face their feelings head-on, while becoming much closer friends in the process.

In true video game fashion, the story is told in stages, where each “level” offers insight into Hikari’s fellow band members: sullen but strong Ikuko (Sena Nakajima) on the keyboard, fun-loving Ishi (Sitoshi Mizuno) on drums and bad-boy Takemura (Mondo Okomura) on bass guitar. Hikari leads this misfit bunch as the main singer and songwriter, with a track called  “We Are Little Zombies” catapulting them into instant fame. This raucous thumper of a song offers us a glimpse as to why Hikari and the bunch feel like zombies in their daily environments—not fully dead, but not entirely alive, either.

The film is ripe with quirky camera work and creative visual techniques reminiscent of Wes Anderson’s oeuvre, with tinges of French New Wave cinema. Its free-form aesthetic breaks the expected rules of typical filmmaking, making you never want to peel your eyes away from the screen. Nagahisa’s in-your-face visual style of cinematography appeals to the innocence of youth, but also speaks to the cultural norms like toxic social media, cancel culture and greed that we have all become grossly accustomed to in our daily lives.

While Nagahisa reminds us that film is a visual medium, the spectacle sometimes does overpower the heart of these kids’ individual stories that sits at the core of the film. But if you dig deep enough through the candy coating, “We Are Little Zombies” offers a more satisfying emotional payoff for the work. The Little Zombies represent the best and the worst of the impact that today’s society can have on youth and how exposure can shape their lives. By the end of the film, viewers will feel the childhood satisfaction of completing a video game from start to finish for the first time, while relishing in the sweetness that the film has to offer. 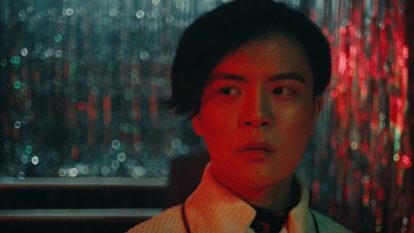 Looking to update your summer playlist with some chill tunes? This week, give a listen to KICCC’s newest single, “Wine.” The Canadian Chinese singer and actor just dropped the […]