K-pop group BTS is back, and in a big way.

The first single off their upcoming album “Map of the Soul: 7” dropped today, Jan. 17, almost a month before the Feb. 21 release of the full album. “Black Swan” is a reflective track, featuring an orchestral melody and plaintive lyrics about the group’s musical journey. “The heart no longer races when hearing the music play,” sings band member Suga. “Seems like time has stopped/ Oh, that would be my first death/ I been always afraid of.” According to a press release, the song is “a confession of an artist who has truly learned what music means to himself.”

“Black Swan” is the second release off “Map of the Soul: 7,” following the Jan. 9 premiere of Suga’s solo track “Interlude: Shadow.”

BTS also debuted an art film to accompany the track, performed by the Slovenian MN Dance Company. The video opens on a quote from American dancer Martha Graham, explaining that enigmatic “first death” line in the song. You can watch it here.

As if all of this weren’t enough to keep ARMY busy, BTS is also performing a live show on Monday, Jan. 27 with iHeart Radio, presented by Hot Topic. The concert will stream on The CW at 9pm EST/6pm PST. 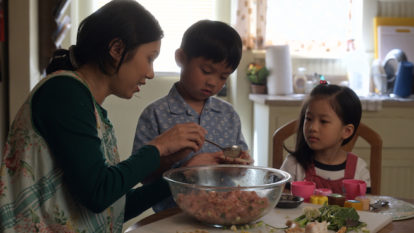 These days, whenever you turn on the TV (or laptop or phone), it can feel like the media is little more than a deluge of bad news. Stories about […]