Brace yourself, Seoul. The Avengers are coming.

Alongside director Joss Whedon, a few members of the Avengers: Age of Ultron cast—Robert Downey Jr., Chris Evans and Mark Ruffalo—will arrive in South Korea on April 16 to promote the blockbuster after its world premiere at the El Capitan Theatre in L.A, said the Walt Disney Company Korea.

The four men will be attending a press conference and an event for Avengers fans ahead of the South Korean theatrical release, which is slated for April 23.

For actors Downey and Evans, who portray Iron Man and Captain America, respectively, this will be their third trip to South Korea while it will be the first for Ruffalo, who plays the Hulk. Evans first visited South Korea when he was promoting Snowpiercer, a 2013 South Korean post-apocalyptic film.

Avengers 2 has been gaining traction in South Korea, as it was partly filmed in Seoul last year and features Korean actress Claudia Kim as a supporting character. The film takes place after the destruction of the espionage agency S.H.I.E.L.D. When Tony Stark attempts to jumpstart a dormant peacekeeping program, his plan backfires and the Avengers must reunite to stop the villainous Ultron from eradicating humans.

You can watch the trailer below: 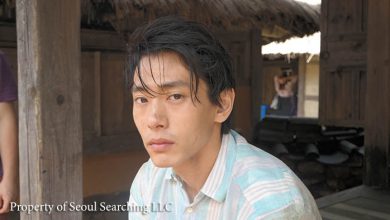 by JAMES S. KIM | @james_s_kim editor@charactermedia.com Korean German Teo Yoo is a classically trained actor. He studied acting in New York and the United Kingdom and performed in […]