Growing up, I went through a phase where I dreamed of having a twin sister. How great would it be to have someone who knows exactly what you’re thinking? Someone to confide in, and to match outfits, mannerisms and a personality with? Obviously, not all twins share these traits, but as an only child, that’s what I had dreamed about.

For Samantha Futerman and AnaÃ¯s Bordier, having a twin was a dream they never imagined would come true. The twin sisters were separated at birth and adopted by two different families: One in France and one in America. But in their twenties, they stumbled upon each other on social media and for the very first time, discovered each others’ existence. We got the opportunity to interview them earlier this year to learn more about their incredible story.

Last year they announced that they would be turning their inspiring tale into a documentary, giving us a glimpse of their journey together as newfound twin sisters. Twinsters had its world premiere at SXSW 2015 in March and has since made its West Coast premiere at the Asian Film Festival of Los Angeles in April, taking home the prize for “Best Documentary.” It is now being screened in more than 40 cities across the nation this summer, starting off in New York July 17.

Twinsters will be playing in Los Angeles at the Arclight Hollywood from July 24-30 six times a day before being released in other major cities in the U.S. starting July 31. Check out the Twinsters Facebook page and Twitter to stay updated on their latest news and events! 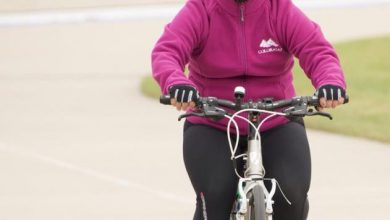 by KARIN CHAN editor@charactermedia.com When 6,500 athletes representing 165 countries come to the Los Angeles Memorial Coliseum on Saturday for the opening ceremony of the 2015 Special Olympics World […]