This year’s Emmy nominations are in — and it’s proving to be a big year for Aziz Ansari and Riz Ahmed, who each nabbed two nominations.

Aziz Ansari, the star of the Netflix comedy, received his second nod for Lead Actor in a Comedy Series, as well as another for writing the episode “Thanksgiving.”

The show itself, which saw eight nominations in total, is in the running for Outstanding Comedy Series.

Riz Ahmed, who we saw last on the big screen in “Star Wars: Rogue One,” received two nominations: for Lead Actor in a Limited Series or a Movie, for HBO’s “The Night Of,” and for Guest Actor In A Comedy Series, for his turn as Paul-Louis in “Girls.”

“The Night Of” has also been nominated for Outstanding Limited Series, and is in 13 total categories. 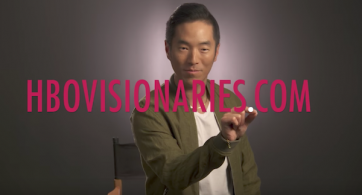 Calling all Asian or Pacific Islander American filmmakers looking for a platform to showcase their work: HBO’s APA Visionaries short film competition is back for its second year, and […]