Dwayne “The Rock” Johnson has one thing to say to his millions of fans around the world: You’re welcome.

News broke on Saturday that NBC has given an 11-episode straight-to-series order for “Young Rock,” a single-camera sitcom based on Johnson’s young adulthood and formative years. Johnson himself is set to appear in each episode, and says that the show will cover many of his crazy childhood stories that he’s revealed over the years.

“I have talked about this wild and unpredictable and unbelievable childhood that I had,” Johnson told USA Today. “I’ve told many stories, many of them unbelievable, but all of them true. You’ll find Young Rock wreaking havoc in the streets of Hawaii, getting arrested doing a lot of things I shouldn’t do.”

“Always Be My Maybe” director Nahnatchka Khan is set to co-create with Johnson. She wrote the pilot with her “Fresh Off the Boat” co-executive producer Jeff Chiang. The series will be produced by Universal Television, Johnson’s Seven Bucks Productions and Khan’s Fierce Baby Productions. 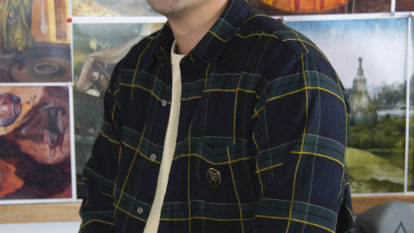 When Luz, the daydreaming protagonist of Disney Channel’s new animated series “The Owl House,” first stumbles onto the Boiling Isle, her formerly dull life is illuminated in more ways […]