On Saturday, Nov. 15, six performing artists competed for the title of Kollaboration Star 2014 and the grand prize of $10,000 at the Wilshire Ebell Theatre in Hollywood.

This year marked the 15th anniversary of Kollaboration, the nonprofit behind the annual talent showcase that nurtures and empowers young Asian American talents across North America. As it was a special milestone for the organization, several of Kollaboration alumni including Run River North, Alfa Garcia and DANakaDAN returned to the stage as guest performers to celebrate the grassroots movement’s achievements over the past 15 years.

Paradise, a Laotian-American singer-songwriter from Washington DC, was the first finalist to perform and wooed the audience with a sentimental song dedicated to his mother. Next in line, Paul Kay from Chicago tugged at heartstrings with his acoustic love song, “Villain.”

Guest performer Alfa continued to warm up the crowd with her interactive performance, showcasing her smart lyrics and upbeat melodies played on her guitar, ukulele and kazoo.

The Primaries at Kollaboration Star 2014

The Primaries, a nine-piece collective from UCLA, then took the stage, rocking their ’80s basketball shorts and sweatbands. The band stunned the audience with their jazzy comedic song about a broke college student falling in love with a materialistic girl. Ang & Glo from Detroit followed with a poetic and soulful song that protested the injustices of sexual violence and human trafficking.

After a brief intermission, six members of the audience were called up to the stage to participate in a freestyle dance battle, a famous Kollaboration tradition, and roused thunderous applause from the crowd.

Run River North then took the stage and mesmerized the audience with their lush, folk-influenced songs. Along with “Beetle” from their hit album Monster’s Calling Home, the band unveiled a haunting new original piece at the show.

After the grande finale, Kollaboration ended the talent-drenched night by announcing Korean American beatboxer Sung Lee as the winner of Kollaboration Star 2014. 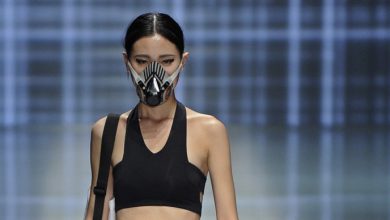 My first memory of the relationship between surgical masks and Asians was during the 2002 SARS outbreak. Since then, I have seen these masks everywhere — while visiting […]