#BeAwesomeToSomebody. That’s the mantra Mark Bustos, 30, has adopted and made into a consistent hashtag on his Instagram. When Audrey first wrote about his cuts of kindness in August, he was someone who, on weekdays at an elite salon, charged around $150 for his haircuts and on Sundays, at a park bench on the corner of East Houston and Chrystie Streets, charged nothing.

Today, he is still a hairstylist at Three Square Studios, cutting hair for the likes of Marc Jacobs, Norah Jones and Phillip Lim while still reserving Sundays each week to wander around Union Square, the Lower East Side and Midtown.

His skills and efforts (he gives about ten haircuts a day) has since only grown bigger. The New York Times ran a story about his work, as well as his #BeAwesomeToSomebody hashtag. Both deliver a clear message to the world and to his 217k followers on Instagram.

What remains the same is the fact that Bustos is someone who puts his beliefs of doing good into practice. As he told The New York Times this month, the idea is simply to give back. “Whether I’m giving one at work or on the street, I think we can all relate to the haircut and how it makes us feel,” Bustos said. “We all know what it feels like to get a good haircut.”

Devin Masga, a street photographer, agrees. That’s why he has joined Bustos in this mission and takes before-and-after photos with him.

Bustos has been turning his skill into a priceless act since he was young. He grew up in Nutley, New Jersey and used to cut his friends’ hair for free so that they could save the haircut money their parents gave them for other things.

Today, the giving is a little more elevated than pocket money. Bustos recalls a homeless man looking in the mirror after Bustos gave him a haircut, saying “Do you know anyone who is hiring? I’m ready to go get a job.”

Of course, Bustos doesn’t stop there. Friends and paying clients will often tell him about the people in their neighborhoods.

The haricuts happen on the street while a park bench or milk crate serves as the barbershop chair. He wears gloves and disinfects tools and cleans up after each cut, all while providing inspiration to those passing by.

Whether it’s #BeAwesomeToSomebody or any other pay-it-forward hashtag, Bustos’ reply to helping anyone is the same: “My answer is just go and do it.” 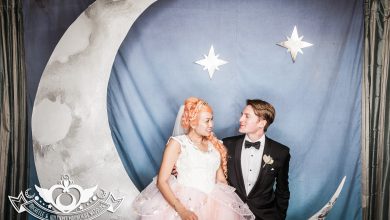 My friends and I share a serious bond through our extreme love for Sailor Moon (and yes, we were excited about Sailor Moon Crystal), but when you share […]