If you love sparkly things, then JimmyBoi’s Instagram Stories will make you drool. In one he holds two huge diamond-encrusted rings on his sausage-like fingers. “Oh yeah,” he says in a baritone Southern drawl that reminds you of either a pimp or a barbecue chef, as he starts to describe the quality and caliber of his custom-made jewels. “We got that baguette spaghetti, Hawaiian baby red, Cuban. Big rocks. And we got that Cuban and that Gucci. Two tizzle. White and yellah, killah.” He pronounces “baguette” so that it rhymes with “spaghetti.” If you don’t understand his vernacular, that’s because he’s using the code of the streets. After all, JimmyBoi is “The Streets’ Jeweler.”

While Johnny Dang and Ben Baller have become household names for their famous hip-hop style grills and custom diamond jewelry for the multiplatinum set, JimmyBoi insists that what separates him from his fellow Asian American peers is that only he started out as a customer. “I was Johnny Dang’s client before,” JimmyBoi says. “I was Ben Baller’s client before. I was other jewelers’ clients before. I dealt with all the jewelers. When I was in the streets buying jewelry, I was considered a cash cow to the jewelers, as in ‘Yo, we know if we get this guy’s business, he’s going to bring us a lot of business because he knows a lot of people.’ Not only have I heard every lie a jeweler can tell a client, I’ve also told every lie that a client can tell to a jeweler, like ‘Yo, I got you next week,’ and I pay you next month. There’s no one out there who can relate.”

JimmyBoi lives hood rich. His newish 5,000-square-foot house is located in a Houston neighborhood where plastic surgeons and ballplayers live. His extravagant lifestyle includes flaunting yachts, luxury rides and racks of cash. His clients include some of the most relevant entertainers on the scene: Roddy Ricch, Plies, Blac Youngsta, Future, the controversial Tekashi 6ix9ine, the Weeknd and many others. Obtaining an interview with JimmyBoi is challenging, as his availability and responses are elusive. But when we finally catch up with the Vietnamese American Texan, we are surprised to learn that the real Jimmy Phan is just as much a caring and committed father figure as he is The Streets’ Jeweler. And even more surprising, he comes from three generations of Vietnamese fame: his rock star father, himself and his Insta-famous daughter.

JimmyBoi has just gotten home from dropping his kids off at school. The father of the Instagram personality Savannah Phan, aka “Ling Ling” (338,000 followers at the time of printing), and little Jimmy has had a busy morning: making them breakfast (buttermilk pancakes are Savannah’s favorite), driving them to their respective private schools, and checking in on the office to handle business. Finally, he steals some time for himself and tells Character Media his fascinating life story.

JimmyBoi was born in Alief, a suburb of Houston known for its ghetto qualities and large Asian immigrant population. His parents met at a Houston nightclub, where his mother hung out and his father, Anthony Phan, performed as the drummer. “[My dad’s group the CBC Band] introduced rock ‘n’ roll to Vietnam, so a lot of Vietnamese people considered them playing the devil’s music,” JimmyBoi adds, describing them as the Beatles of Vietnam. “So when, the war ended, Northern Vietnam put a whole hit out on my family because they considered my family traitors, because they played for the GIs. And they represented freedom for Southern Vietnam. They literally had to sneak out by boat during the collapse of Southern Vietnam to avoid getting killed.” Their path toward freedom wound through India, Tibet, Indiana and finally ended in Houston, where his father met and married his mom.

“My mom was 18 when she had me,” JimmyBoi says. “She left when I was a couple months old. At first she took me with her, and it was an interesting year when I was gone away from my dad. She ended up realizing that she couldn’t take care of me, so she dropped me back off at my dad’s doorstep. And from there, my dad was my guardian. But he had a rock star lifestyle and was going on tour. So I was really raised by my two cousins. And I had an aunt of mine who was still alive who took care of me when they went on tour.”

According to Phan, his son was musical as a child. JimmyBoi learned how to play the trombone, the piano and the drums by ear. After all, he grew up backstage watching his family members perform. One night after a show, he saw his father get shot in the leg by an angry show promoter. It wasn’t your average Asian American childhood: “Being the first generation of Americans growing up in a family where they were rock stars going on tour all the time, it was kind of like a crossroads. Here I was being forced to go to school and trying to be whatever they want me to be, such  as a doctor,” says JimmyBoi, “but every night I saw them rocking out and living the life.”

As a kid, JimmyBoi watched the movie “Scarface” constantly and absorbed its life lessons. By the age of 15, he started selling drugs. A year later, he was stealing cars, stripping them and selling the parts. “We stole a car at 2:30 p.m. at the Galleria one day,” he tells “All For The Culture” on YouTube. “The dude that got the car stolen, his brother was a cop. People know each other. So, they ran up on my house. Long story short, they did a bunch of illegal things. They made it seem like we were running this big operation and a bunch of B.S. When they raided my house, they found a gun that linked back to a shooting.”

He was looking at 30 years in a state penitentiary for the gun’s connection to attempted murder, organized crime, possession of Ecstasy, conspiracy and attempt to distribute. He got out on an appeal bond, but was arrested again on a federal charge.

Just as he saw his father get shot when he was little, his young daughter had the traumatic experience of seeing him taken into custody by Feds. She worried that the Feds were hurting him when they threw him on the floor and on the hood of the car. And then he disappeared.

Miraculously, his lawyers were able to prove that he had no knowledge of the gun’s connection to the murder. He ended up serving only two-and-a-half years in a state prison. When he got out, he tried to go legit and pursued rapping, recording Southern raps with titles like “My Grind” and “Down South Boys,” which led to radio play.

But he wanted to make more money to send his kids to private school. He knew he could earn more if he returned to crime. “I was selling dope to support my family,” he says. “I wasn’t doing music consistently enough because I had to focus on my family. I realized that it was best if I just created a life that was simplified for my family.”

He admits that he was good at the drug hustle. At one point he supplied so much Ecstasy to the Houston area that he was known as “Pill Gates.” A piece in his personal collection was inspired by his product, Blue Dolphin pills. “The blue dolphin is made out of 10 karat gold,” says JimmyBoi, describing the notorious piece that he recently bought back from friend and fellow jeweler Ben Baller. “It’s about 280 grams of gold. And it has over 60 karats in blue diamonds. I think it has 2,985 diamonds on there.” Nick Ghafoor, the jeweler who made the blue dolphin, would later play an extremely important role in JimmyBoi’s ascent in the diamond biz.

Savannah’s mother left and JimmyBoi found himself in the same situation as his father, being a single dad. “I had no help, no nanny, no babysitter,” he says. “My parents weren’t helping. I used to drive around and sell dope with [my daughter] in the car. We used to live in a trap house together.” And now Savannah’s IG feed chronicles her past three years, with her freestyling raps to popular songs, dancing with massive bricks of currency, displaying her diamond jewelry and posing with Drake, Cardi B and other famous rappers.

If that sounds like Lil Tay, the tween-age girl who gained popularity in 2018 for doing basically the same things as Savannah, keep in mind that Lil Tay is the fabricated persona of her teenage older halfbrother, Jason Tian, who had his own YouTube rap dreams. It turned out that Lil Tay’s luxury homes were her real estate agent mother’s staged properties. The luxury cars were borrowed. Meanwhile, JimmyBoi himself supplied Savannah’s drip. JimmyBoi documents her actual real lifestyle and personality, sets it to a trap soundtrack and posts it to the ‘Gram.

Much of these riches are the fruit of his partnership with Ghafoor, a Pakistani American immigrant who moved from Dubai to Houston at the age of 17. Their relationship started when JimmyBoi was Ghafoor’s client. The two clicked and grew to trust each other. JimmyBoi and “Ice Man Nick” founded DoneRight Jewelers in 2015 on a foundation of mutual love and creative diamond jewelry design.

“He went against all his higher-ups to give me this chance,” JimmyBoi says about their decision to become partners. “The crazy thing is that it was his idea and not mine. If I keep talking about it, I’ll probably get emotional. If it wasn’t for him, I’d be another drug dealer, maybe in jail, maybe dead.”

The feeling is mutual. “I’ve been knowing him for so long,” says Ghafoor over the phone from his Range Rover. “And he’s always been a man of his word. If he says something … he’s 100. I don’t know what words or how to say it. He’s always been like, in his feelings, whether it’s money or other than his money … he’s always been like 100 in everything.”

Together, they are planning on taking over the jewelry game, bringing custom diamond grills, pieces and chains to the mainstream. JimmyBoi envisions a DoneRight Jewelers in malls from coast to coast. He’s opening his first flagship store in Houston in July. The next one will be located in New York. “I’m going to turn DoneRight Jewelers into a household name, like Kay’s and Garrett’s,” say JimmyBoi. “Every day, I wake up and make sure I’m not dreaming. I make sure I work like I got nothing. Getting to be successful is not the hard part; it’s staying there that’s hard.” 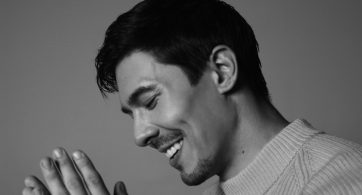 ​In the center of the boxing ring, Lewis Tan composes himself with the grace of a dancer. Before he begins, there is a moment of stillness as Tan quietly […]