Lexus Night at the Gallery, a benefit for the National Asian Breast Cancer Initiative, took place on Oct. 15 at Beverly Hills’ Ace Gallery with a goal of raising awareness of #AsianBreastCancer.

The benefit put on a fashion show with designers Stella & Jamie and FRANKIE, with music by DJ SHY of Marquee in Las Vegas, former Broadway stars Welly Yang and Dina Morishita, and Nickelodeon’s “Make It Pop” star Megan Lee. Privy Circle, a private global network and travel resource, in association with City of Hope, hosted the event.

“We loved this event,” said Stephen Liu, CEO of Privy Circle. “As L.A. is going through sort of an art renaissance, we really wanted to incorporate modern art, fashion and music together for a great cause. We hope to do more events like these.”

The #AsianBreastCancer campaign was launched by NABCI to bring attention to Asian women’s need for resources, information, research and policies. Among other facts, the NABCI’s website states that “Asian women who have lived in the U.S. for 10 years increase their chances to develop breast cancer by 80 percent.”

“We were pleased that we were able to bring awareness for the cause through the event as well as raise some over $20,000 in funds for the National Asian Breast Cancer Initiative and City of Hope,” Liu said.

According to Privy Circle, $12,000 of the proceeds went to NABCI, and the remaining $8,000 went to the City of Hope, an independent research and treatment center for cancer, diabetes and other life-threatening diseases.

Kore Asian Media was a media partner for the event. 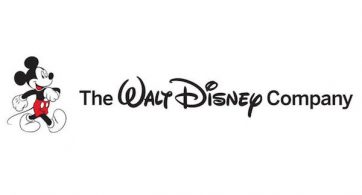 The Walt Disney Company announced Friday it will commit $500,000 to the Asian and Pacific Islander American Scholarship Fund to support high-achieving AAPI college students. The funds will provide […]