The funds will provide over 150 scholarships to students over the course of three years, starting in fall 2017.

The announcement was made by Auli’i Cravalho, a Native Hawaiian who voices the main character in Disney’s upcoming animated film “Moana,” the film’s producer Osnat Shurer, Disney’s Chief Diversity Officer Paul Richardson and APIASF President Neil Horikoshi, according to a statement.

“The Walt Disney Company’s generous support will make a significant difference for some of the nation’s most underserved students,” Horikoshi said. “With many Asian American and Pacific Islander families facing financial barriers, The Walt Disney Company/APIASF Scholarship has the potential to be life-changing for students.”

In addition to the scholarship, the pledged money will support the SMART program, which provides students with mentoring and access to training and resources, according to the press release.

The scholarships will be available for the 2017-2018 school year. In order for applicants to be eligible, they must be of Asian or Pacific Islander ethnicity as defined by the U.S. Census, be an American citizen or permanent resident, be enrolled full time at an accredited university, have a minimum GPA of 2.7 and apply for FAFSA financial aid by Feb. 2, 2017.

“Disney is proud to support young Asian and Pacific Islander leaders in achieving their dreams of a higher education,” Richardson said. “By giving these promising students the resources and tools they need to earn a college degree, we enable them to create a better, brighter future for us all.”

APIASF based in Washington, D.C., and is the nation’s largest nonprofit organization devoted to providing scholarships for members of the AAPI community. 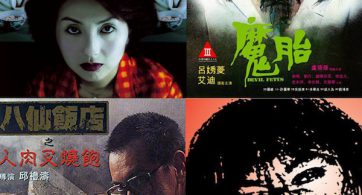